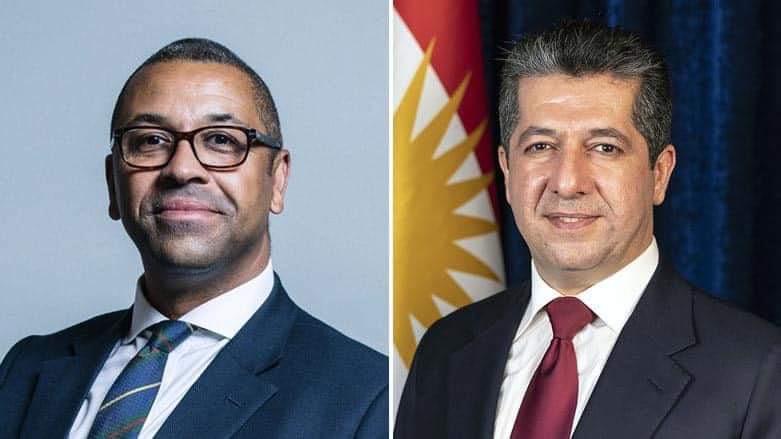 Shafaq News/ The Prime Minister of Kurdistan Regional Government, Masrour Barzani, held on Wednesday talks with the British Minister of State for Middle East Affairs in a phone call between the two sides.

Barzani tweeted that he was happy to hold talks by phone with Britain's Secretary of State for Middle East Affairs, James Cleverley.

Kurdistan's MP welcomed the British support for the final settlement with the federal government based on mutual respect and in line with the Iraqi constitution.