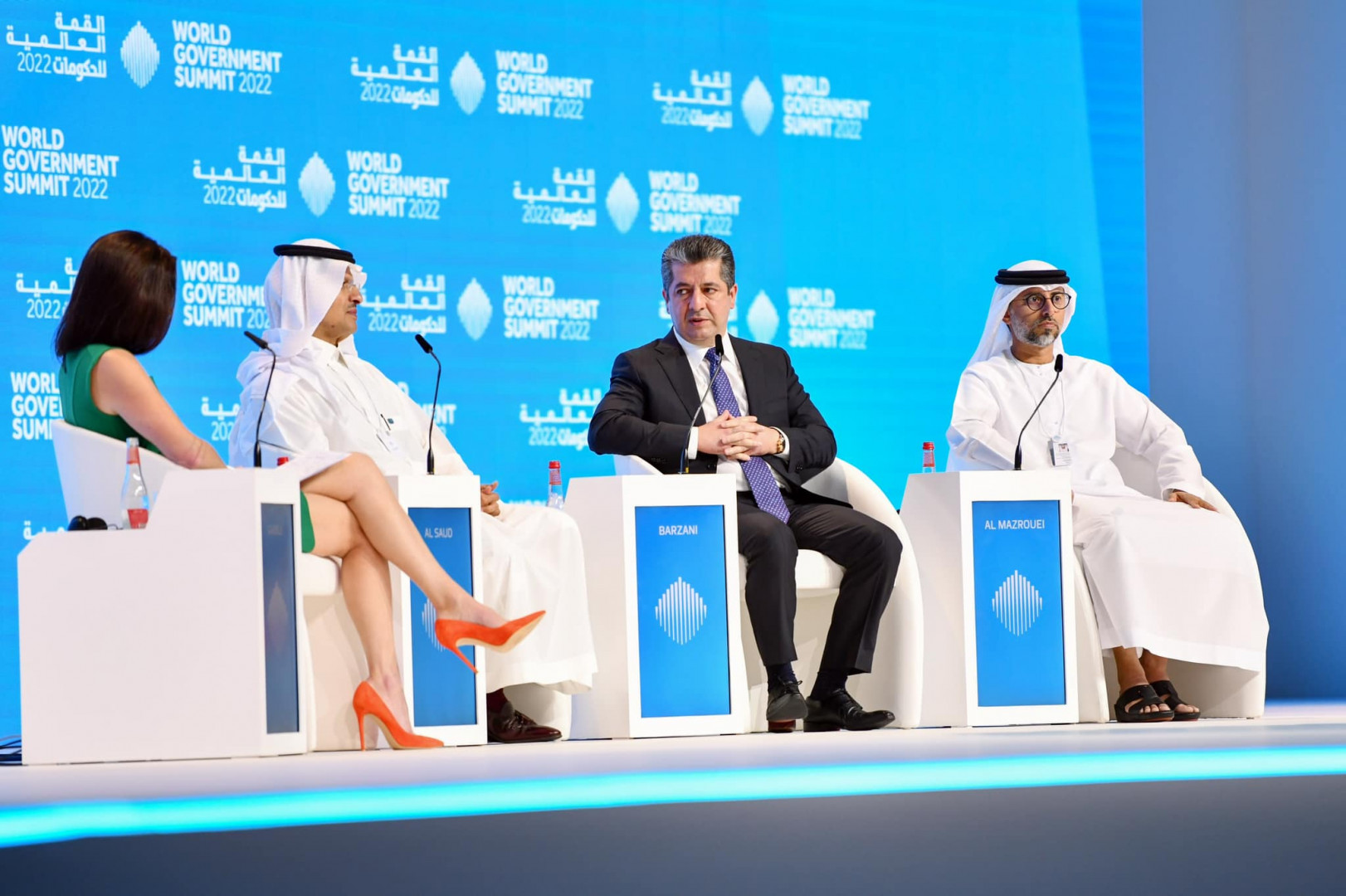 Shafaq News/ The Kurdish Prime Minister, Masrour Barzani, warned of the "dangerous situation" in the region, describing the Iranian attack on Erbil as a "pressure" to undermine the efforts of the tripartite alliance (the Sadrist bloc, the Kurdistan Democratic Party, the Al-Siyada Alliance) to form the new Iraqi government.

In a speech at the World Government Summit in the UAE, he said, "The situation has always been critical for us in the region... But, today, the risk has risen in our region with the international security disruption, and our people are facing the challenges of poverty and the lack of justice and equality."

Concerning Tehran's targeting Erbil, the head of the Regional Government said that this attack might be an "Iranian political pressure" on Kurdistan for developing the gas sector.

"They targeted a citizen's house claiming that they bombed Israelis; all these allegations are not true," Barzani said.

He stressed that the Kurdistan Regional Government demanded the opening of an international investigation into the bombing, and "we asked the Iranians to investigate whether their allegations were true or not... We are looking to the future, and we want to form a government in Iraq that may not be the way they (Iran) want."

"It is a political pressure on the tripartite Alliance to maintain Iran's influence in Iraq."

Masrour Barzani also considered the attack a "pressure" on Erbil for developing the energy sector, confirming that Kurdistan can supply the world with, not only Europe, and we seek to develop the gas and oil sector. However, "maybe this is not in the interest of the Iranians."