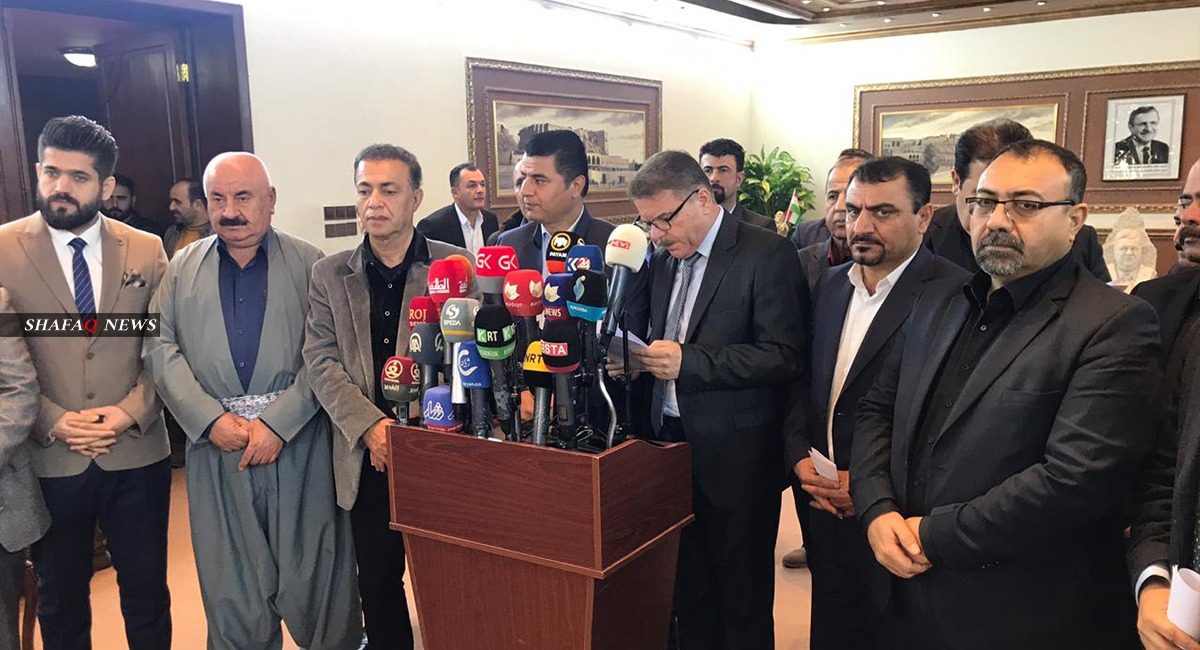 Shafaq News/ The Kurdish parties in Kirkuk, the disputed governorate between Erbil and Baghdad, announced on Wednesday their intention to file a lawsuit against Arab and Turkmen political parties that denounced the office of the Independent High Electoral Commission in the governorate.

The Arab Gathering and the Turkmen parties in Kirkuk held a conference to demand dismissing Sundus Tayyib from her duties as a director of Kirkuk Electoral Commission's office, deeming Tayyip's stay in her position as "an evidence that the upcoming elections will be falsified again, especially since she is accused of manipulating the votes in the last elections in 2018."

Muhammad Nasreddin, MP of the Change Movement in Kirkuk, said today in a joint press conference of the Kurdish parties that well-known Arab and Turkmen parties in Kirkuk issued a statement attacking an institution that monitors the electoral process and also denounced a basic component of Kirkuk's social fabric.

The statement called on the Council of Representatives and the Public Prosecution to take legal measures against those who accuse a constitutional institution of forgery without legal evidence.

He added, "We support distributing the administrative positions in Kirkuk governorate according to the electoral merits and population weight," stressing that some parties are trying to deprive the Kurdish component of "exercising its right to participate in the governorate administration in Kirkuk".

"Such positions contradict the principles of the Iraqi constitution and imply preconceived fears about the elections and highlighting the true size of the political parties that made those allegations," the statement concluded.