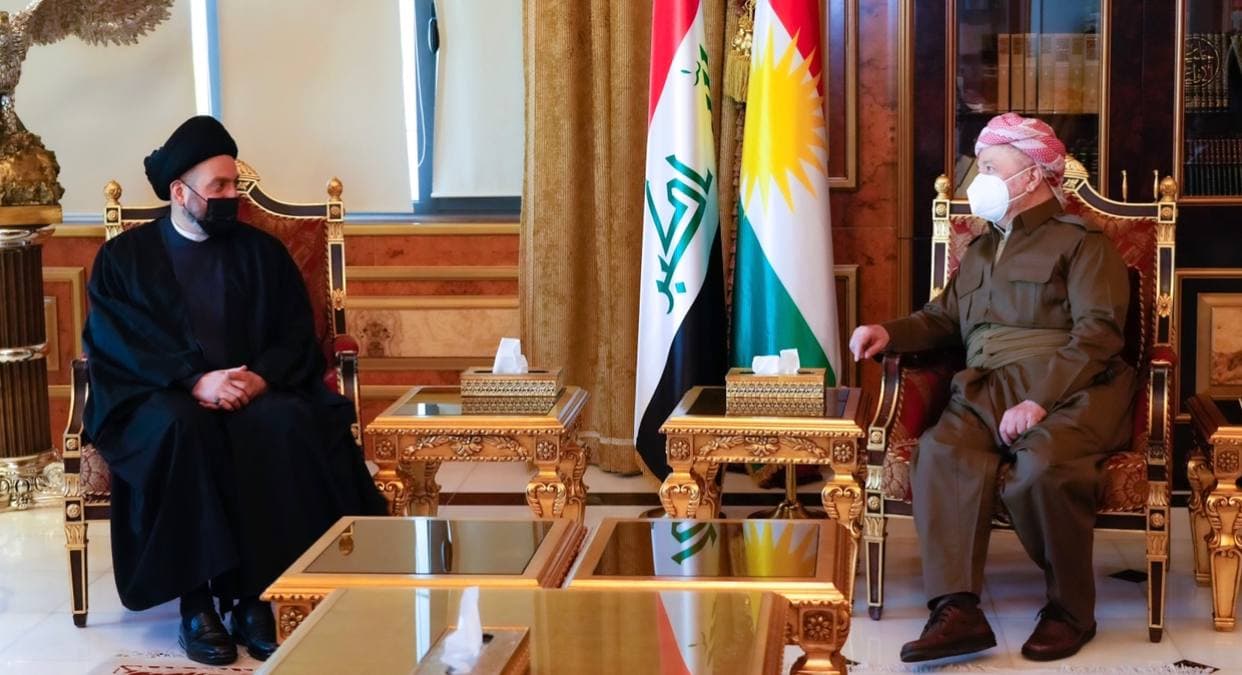 Shafaq News/ on Wednesday, the Kurdish leader, Masoud Barzani, met separately with the leader of the National State Forces Alliance, Ammar al-Hakim, and the Iraqi President of the Iraqi Republic, Barham Salih.

Al-Hakim said in a statement, “we (with Barzani) discussed our concerns about Iraq regarding the political and security developments, especially the results of the recent parliamentary elections, and the upcoming challenges.”

Al-Hakim added, "when we met (leader Masoud Barzani), we recalled the shared history that joined us with the Kurdish leaders in confronting dictatorship and building the new Iraq. we exchanged views on the developments of the political and security scene and the results of the recent elections and its repercussions."

"We stressed with Barzani on the necessity of calm and dialogue to get out of the current crisis and avoid political blockage."

“We affirmed the importance of forming a government capable of achieving the aspirations of the Iraqi people in securing services and job opportunities…Iraq's stability depends on the leaders' culture and the interest of its people, and we also indicated that our national initiative represents our vision for a solution to the current crisis."

He continued, "Politically, we affirmed respect for Iraq's sovereignty and stopping foreign interference and aggression on its lands, and we said that Baghdad's strength is related to Erbil’s.”

In a second statement, the Kurdish leader’s office said that during the meeting with Barham Salih, they discussed the political situation in Iraq, the stage following the Iraqi parliamentary elections, and ways to develop and solve the problems of the political process in Iraq.”

Both sides also ways for unifying visions to confront the challenges and current issues in Iraq and Kurdistan.

On the federal Government's decision regarding oil and gas, KDP's Head: hostility towards the Region