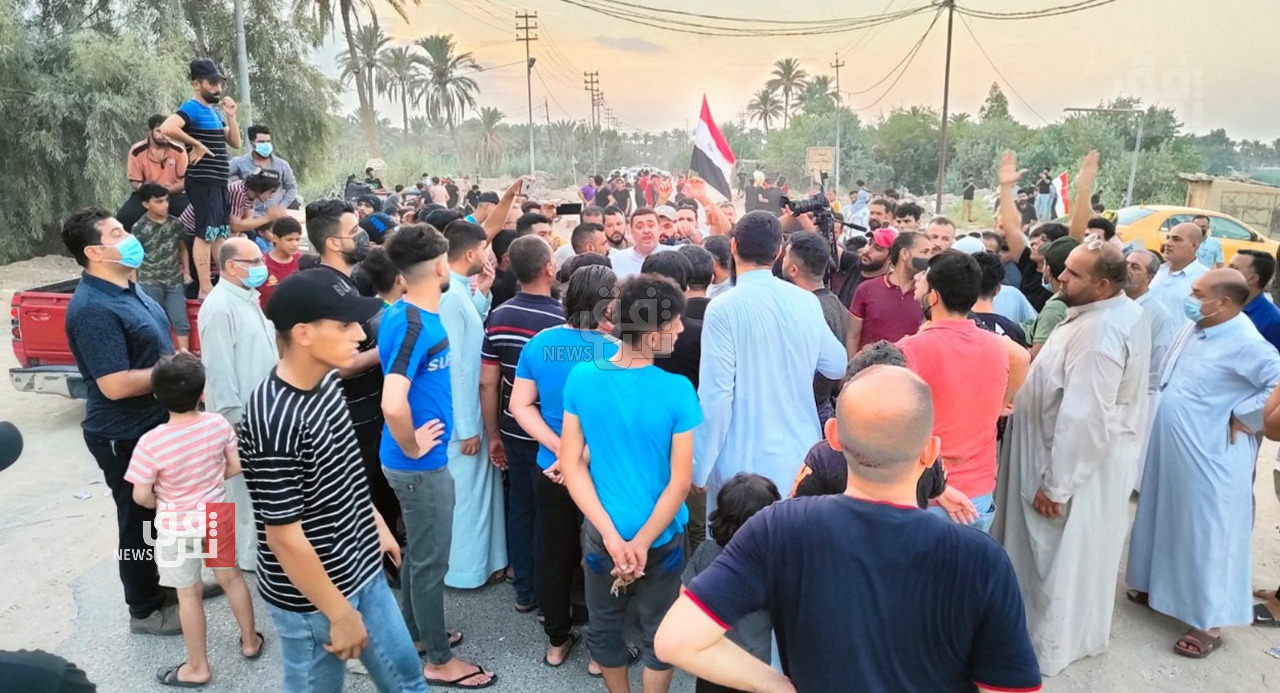 Shafaq News/ Dozens of Kufa district in Najaf demonstrated today against the environmental violations of government institutions that caused the spread of diseases and unpleasant odors in the areas overlooking the Euphrates River.

Shafaq News Agency correspondent reported that Kufa residents organized a protest in Kufa Corniche because of hospitals, the Sewage Directorate and other government institutions that are draining water into the Euphrates River.

The demonstrators confirmed to our correspondent that these environmental residues caused the spread of diseases among people and unpleasant odors not only in Kufa district, but also in other areas in Najaf governorate.

Kufa mosque preacher: the Sadrist movement is the only party capable of forming a new government