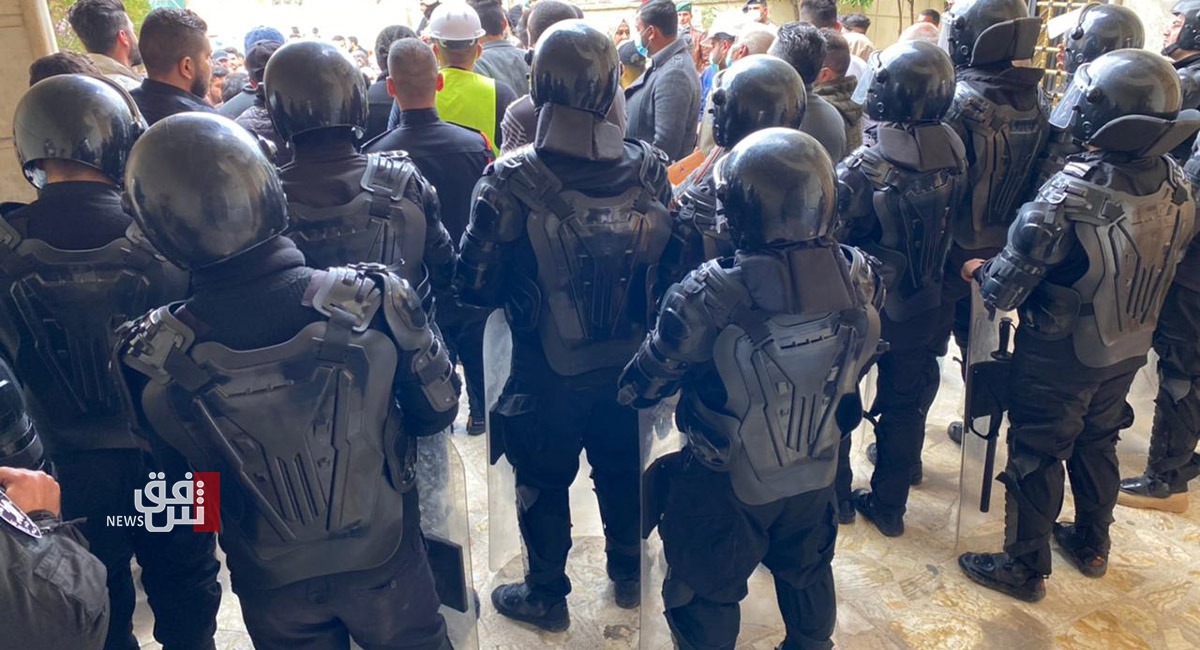 Shafaq News/ Dozens of engineering graduates in Kirkuk organized on Tuesday a protest in front of the Iraqi Parliament headquarters in the governorate.

Shafaq News Agency correspondent said that the protesters stormed the Parliament building's main gate, but anti-riot police held them off from streaming in.

University and higher-education graduates in all Iraqi governorates regularly go out in demonstrations demanding job opportunities. However, the government failed to meet their demands due to the lack of financial allocations and the job slack in state institutions and departments, despite the Ministers of Oil and Interior pledges in their last visit to Kirkuk.