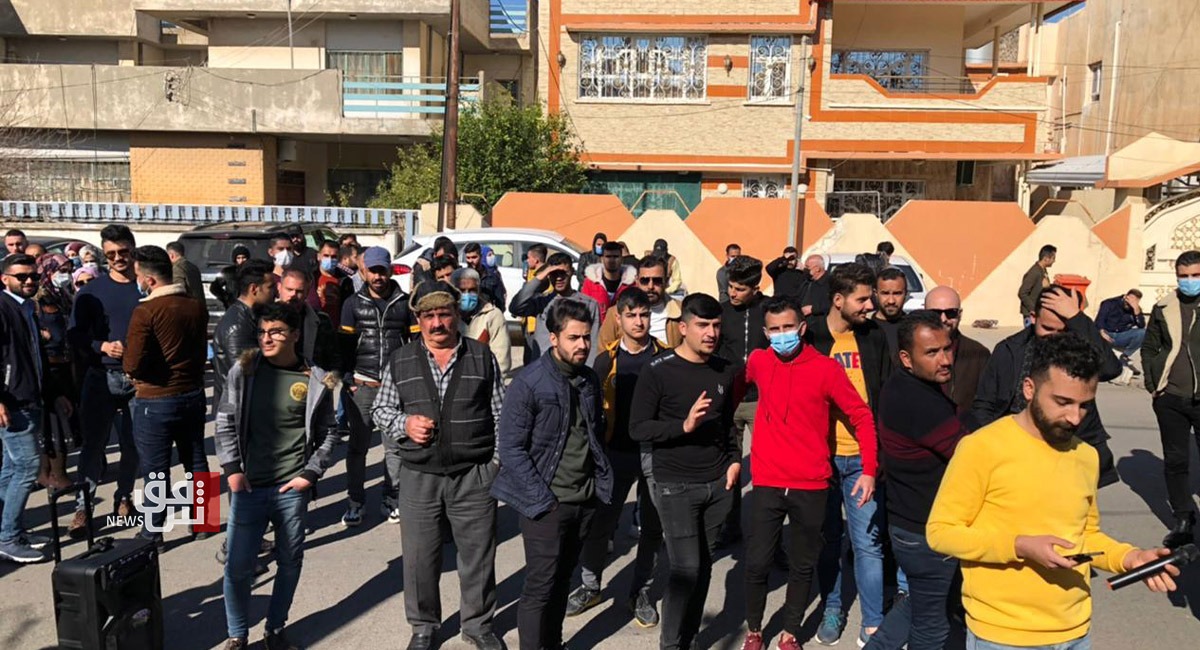 Shafaq News Agency correspondent said that the protest was organized by about 100 graduates of the Faculties of Engineering, Sciences, and the Technical College, in front of the Iraqi Parliament office in Kirkuk.

He added that MP Jamal Shakour of Kirkuk governorate, attended the gathering and promised to transfer the protestors' demands to the Iraqi government.