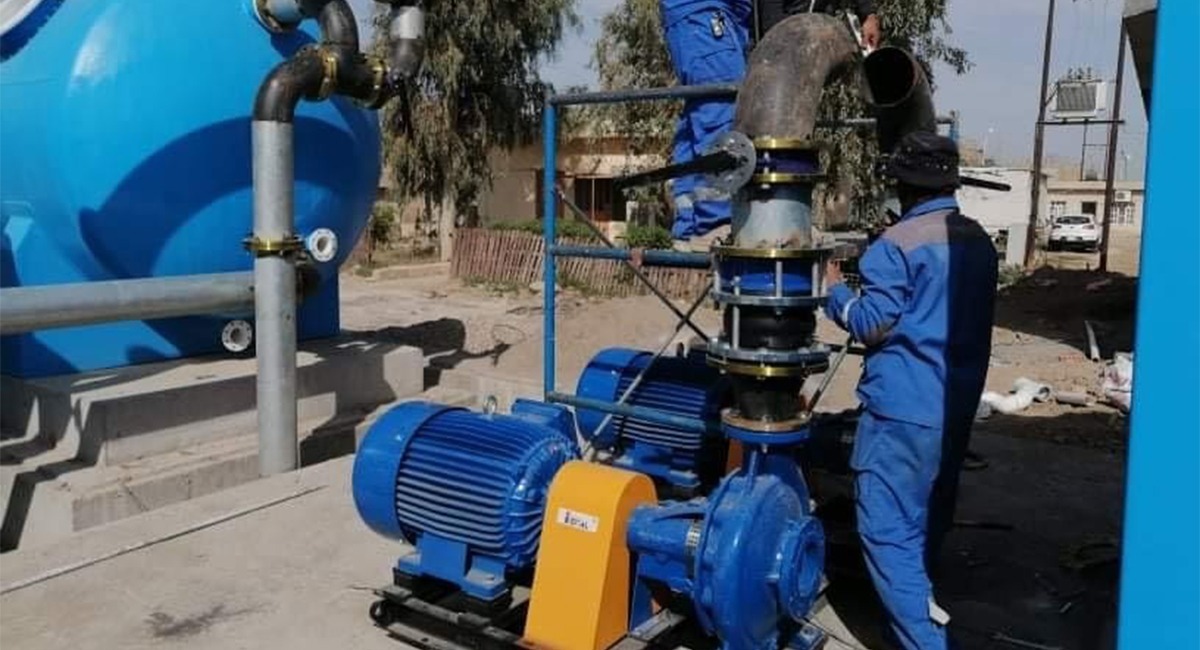 Shafaq News / Residents of Khanaqin district in Diyala complained of the aggravation of the drinking water crisis in the district due to the decrease in water revenues and the violations on the Alwand River.

Several Khanaqin residents told Shafaq News agency that the supply of drinking water has decreased by 70 to 90% now, and most of the water purification stations have stopped throughout the district stopped operating.

In his turn, the Head of Khanaqin water resources Directorate, Hassan Agha Jan, attributed the causes of the crisis to the lack of water revenues, the low levels of the Alvand dam, and the Directorate's maintenance work.

Agha Jan told Shafaq News agency that the drinking water supply in Khanaqin ranged between 50 to 60% before, but it decreased a lot due to the scarcity of water and the suspension of the purification stations.

New details on ISIS's attack on a village in Khanaqin

Some demonstrators withdraw in Khanaqin; others decide to stay in streets