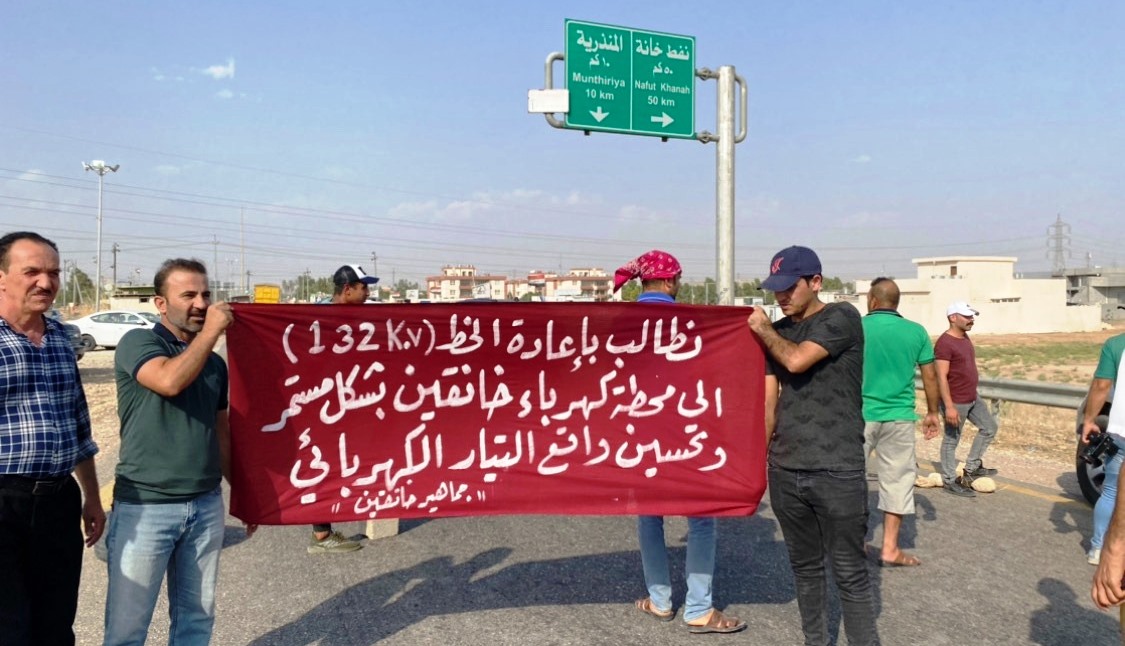 Shafaq News/ Activists in Khanaqin confirmed they will be ending demonstrations upon government promises to address the services shortage problem.

Activist Abbas al-Arkwazi, told Shafaq News Agency that the Khanaqin administration met with the demonstrators, noting that it was agreed to address the crisis within a month, in coordination with the Diyala local government.

According to al-Arkwazi, establishing a mobile power station from Khanaqin is a booster station to treat the power shortage crisis, and an important step to solving a lot of Khanaqin's problems.

More than 10,000 displaced families are still in Khanaqin, official

Child killed and another injured in an IED blast in Khanaqin

Iraqi soldier wounded in an ISIS attack in Khanaqin

A new mass grave discovered between Kifri and Khanaqin