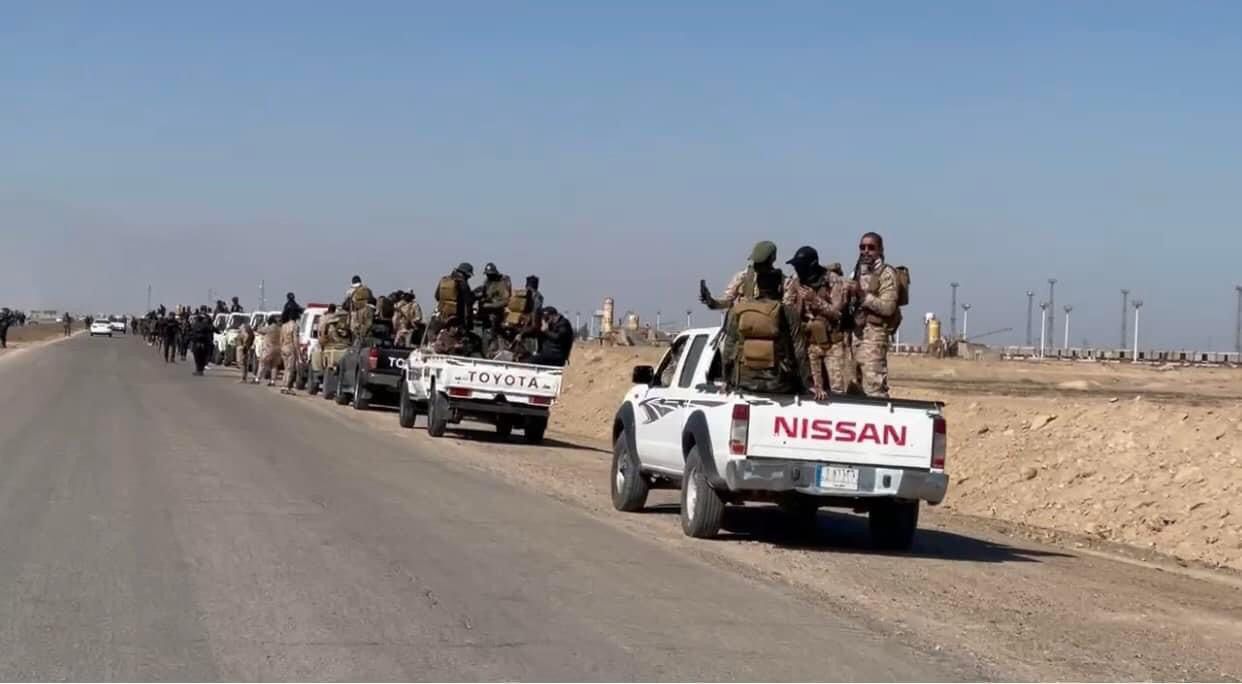 The source told Shafaq News agency that the military convoys -which were carrying armed men- belong to al-Hashd al-Shaabi (PMF)- Kata'ib Hezbollah Brigades, entered the governorate to deploy and replace fighters, noting that it is a routinal military action.

However, a source in the Kata'ib told Shafaq News agency that this step is a message to Parliament Speaker Mohammad al-Halboosi, and a request for him to arm some tribes in al-Anbar.

He added that an official statement might be issued to clarify the whole situation in the next few hours.

Four terrorists, including ISIS's Wali of Zawbaa, apprehended in al-Anbar