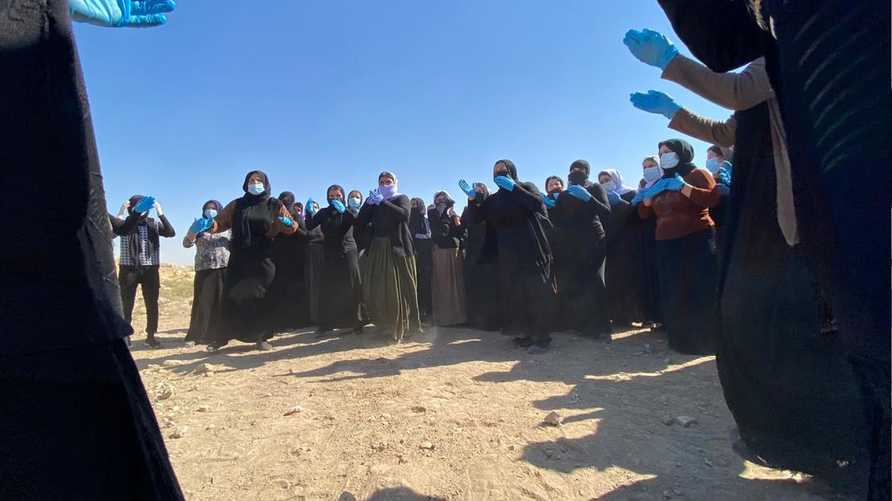 Shafaq News / The UN team tasked with investigating ISIS crimes described the mass grave known as the "Mothers' Tomb" for the Yazidis in Nineveh as a horrific reminder of the gravity of terrorist crimes, praising at the same time the strength and courage of all Iraqi components that contributed to the victory over the terrorist organization.

The head of the team, Karim Khan, said in a speech that the "mothers' tomb" that was discovered and examined by the team of experts in Nineveh Governorate is "a shocking reminder of the enormity of the atrocities inflicted by ISIS on innocent communities in Iraq."

He added that the "mothers' grave" contains the remains of children, teenage girls and women who were executed after ISIS identified them as having passed the childbearing age, meaning that they were too old and not fit to be taken as prisoners.

In 2014, ISIS killed large numbers of Yazidis in Sinjar, Nineveh Governorate, and forced tens of thousands of them to flee while detaining thousands of girls and women as captives.

More than 6,400 Yazidis were kidnapped, 3,200 of them managed to flee, some were rescued, and others' fate remains unknown.

According to the United Nations, evidence indicates that hundreds of Kocho village residents in Sinjar were killed by ISIS, while more than 700 women and children were kidnapped.

The United Nations began its joint investigation last year to exhume the bodies of ISIS victims in the vicinity of Kocho in March 2019.