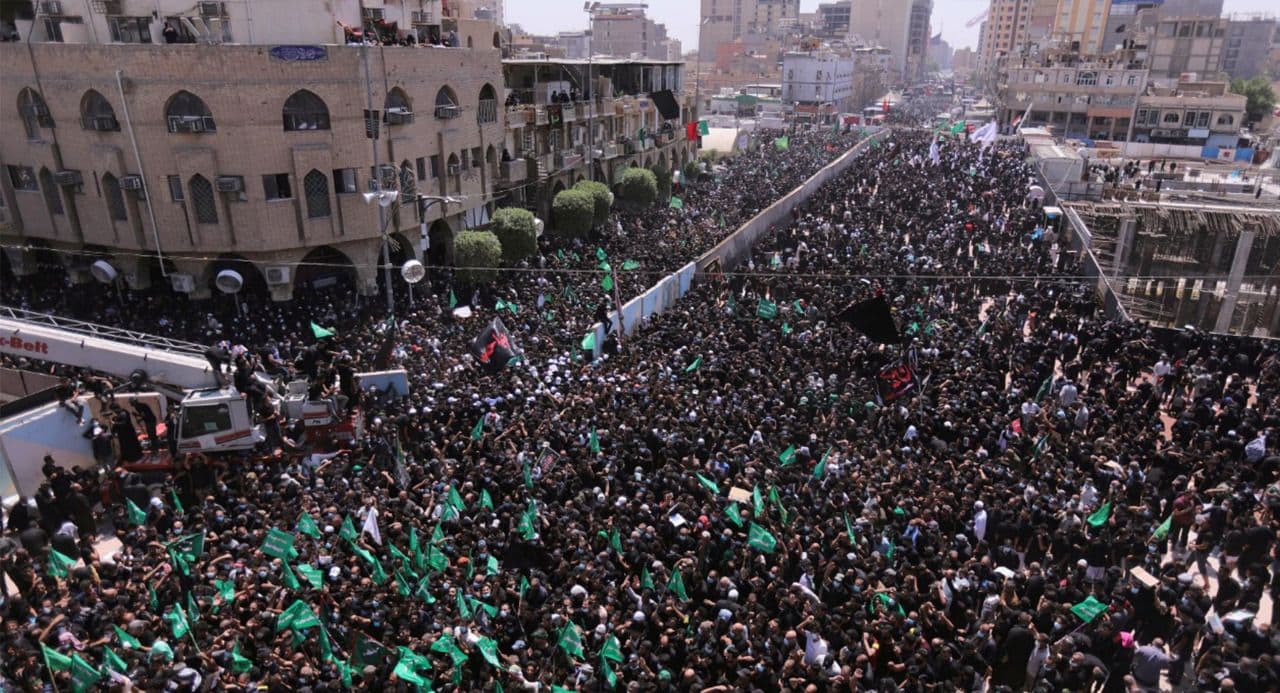 Shafaq News/ Amid fears of soaring COVID-19 cases, Karbala has devised comprehensive security, services, and health plan in preparation for Muharram rituals, spokesperson for the Crisis Cell of the Governorate, Dr. Uday al-Salamy, said on Thursday.

In a statement to Shafaq News Agency, Dr. Salamy said that the plan envisages two compartments; the first being the "preventive", which includes awareness campaigns on media on the importance of social distancing and vaccinations, healthcare teams touring the restaurants, and the pilgrims' caravans, and testing water for Cholera-the disease that hits every summer.

"The second compartment of the plan is therapeutic," Salamy said, "Healthcare facilities will conduct swabs for all symptomatic patients. Healthcare teams will take care of any suspected cases. All the facilities will be in alert status and full-time working hours until the end of the pilgrimage rituals."

Salamy added that all the resources, human and material, were set to operate at any moment, including 50 ambulances that will be ready for an emergency, particularly during crowded events like the" Tuwayrij Run".

"The Iraqi army's contribution will be medical via deploying the military emergency teams in particular territories in the governorate to support and aid Karbala's Health Directorate," he continued, "private hospitals will be under the disposal of the Directorate too for urgent surgeries."

The annual pilgrimage marking the death of the Prophet Mohammed's grandson Hussein in battle in 680 draws hundreds of thousands of Shi'ite Muslims to Kerbala from around the world.