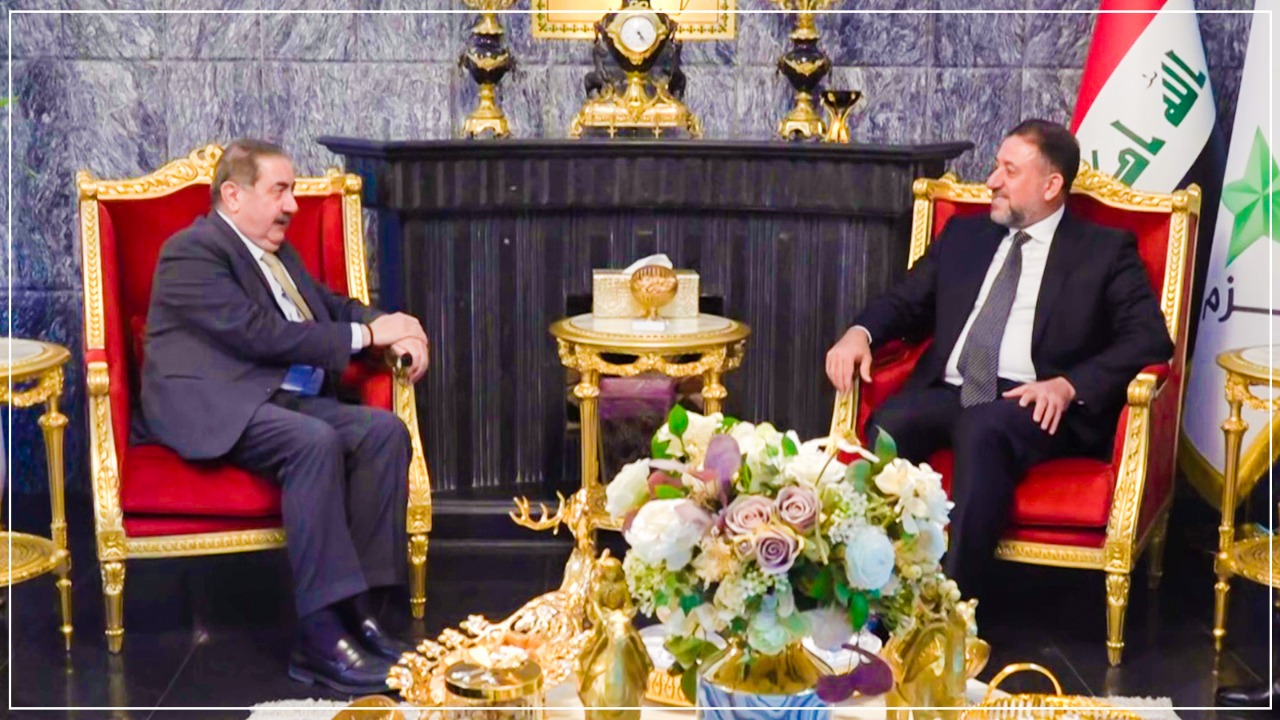 Shafaq News/ The delegation of the Kurdistan Democratic Party (KDP), headed by Hoshyar Zebari, met with the leader of the Azm alliance, Khamis al-Khanjar, on Saturday in Baghdad.

In a statement, the Khanjar's office said that the meeting comes due to the importance of the next stage in the country and the objections against the results of the early elections.

The statement indicated that both sides discussed the formation of the new government, the political understandings for forming the three presidencies, and the current situation in Iraq.

The statement quoted al-Khanjar as saying that there is "a need to restore the citizen's confidence in democracy and elections in particular, and to restore the people's will to determine their destiny."

According to the preliminary results, the Kurdistan Democratic Party came fourth with 33 seats, while the Azm coalition won 15 seats.

KDP reveals the political blocs that will form the next government

Kurdistan and Iraq's government are on the same wavelength regarding the Turkish offensive in Duhok, MP says