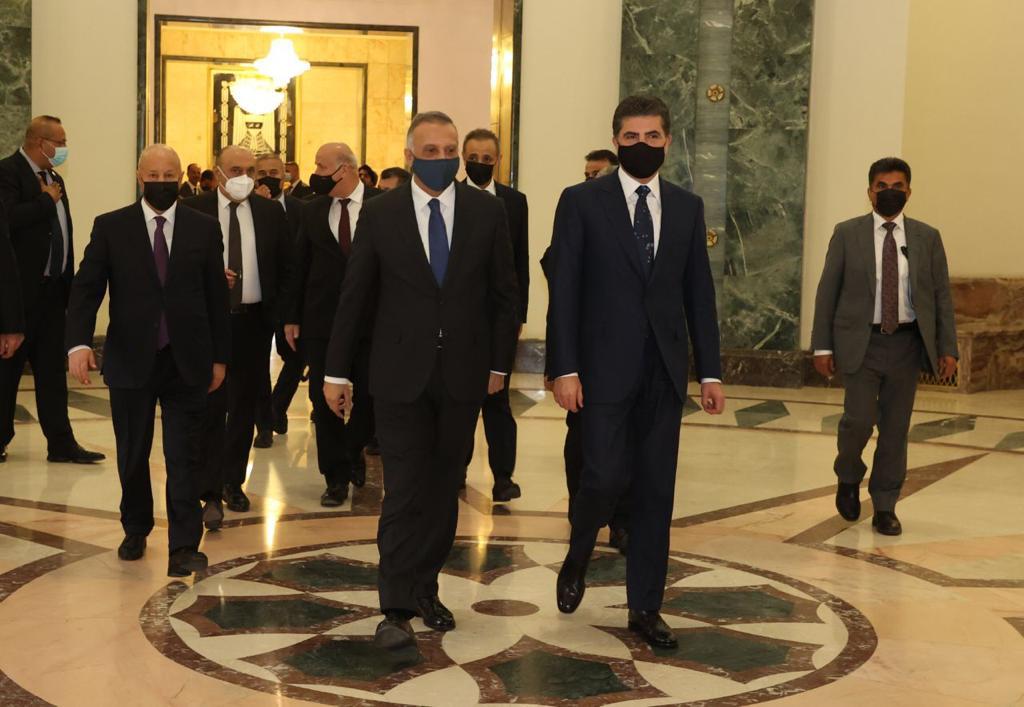 Shafaq News / The Kurdistan Democratic Party bloc in the Iraqi parliament described today, Friday, targeting Erbil with missiles or drones launched by some parties as "desperate elections propaganda and miserable attempts" to undermine the Baghdad-Erbil understandings.

The deputy head of the Democratic Party bloc in the Iraqi parliament, Bashar al-Kiki, told Shafaq News agency that the purpose of repeatedly targeting Erbil is not the American presence in Iraq, because the US forces are present upon the approval of the federal government, and negotiations are taking place between the two countries.

Al-Kiki considered the recent targeting of Erbil airport, "a very dangerous development, as if we were in a state of war," noting, "the goals, timing, and quality chosen by the dark groups are very clear, and they are the same parties that burned the headquarters of the Kurdistan Democratic Party in Baghdad."

He pointed out that the authorities who masterminded the attack seek to use the language of death and blood in early electoral advertisements after losing the confidence of the Iraqi street.

Moreover, al-Kiki added that the attack was a response to the President of the Kurdistan Region's successful visit to Baghdad, as "the closer Erbil is to Baghdad, the more likely it is to be targeted."

Earlier this week, the President of Kurdistan Region, Nechirvan Barzani, was on a three-day visit to Baghdad, during which he held meetings with the three Presidents, senior leaders and officials in the country.

A statement issued by the region's presidency stated that President Barzani discussed during the meetings in Baghdad the Iraqi political, security, economic and health situations, the Erbil – Baghdad disputes, the threats of terrorism and the importance of reaching a common understanding for the future of Iraq.

Al-Kiki went on to say, "We are looking for quick solutions to put an end to such attacks that destabilize the security in the region, not just Erbil", calling on the government and security ministries to remove the military forces -referring to some of al-Hashd al-Shaabi factions in the Nineveh Plain- from the in a way ensures non-exploitation to the situation.

The deputy head of the KDP block renewed the demands of activating the coordination offices between the army and the Peshmerga in the disputed areas, to address the repeated targeting of Erbil, and expanding the air defense system to protect Erbil airport and the Global Coalition forces.

According to al-Kiki, the parties who masterminded and carried out the attacks against Erbil are the same ones that are trying to disrupt the Sinjar agreement, and pressure on the Kurdistan region and the leadership of the Kurdistan Democratic Party to give up on their policy, "which is based on balance and keenness to preserve the people of Kurdistan's interests and enhance the relations with Baghdad."

On Wednesday, Erbil airport was attacked by a drone carrying explosives targeting a Global Coalition center. Another violent attack targeted the airport in mid-February with 14 rockets, killing two and wounding seven.

On the third of last March, the authorities announced arresting two suspects, one of whom was from the "Kataeb Sayyid al-Shuhada" faction.

The Federal Ministry of the Interior and the Kurdistan Region considered in a joint statement, that the recent attack on Erbil airport aimed at striking the recent consensus in relations between Baghdad and the region.