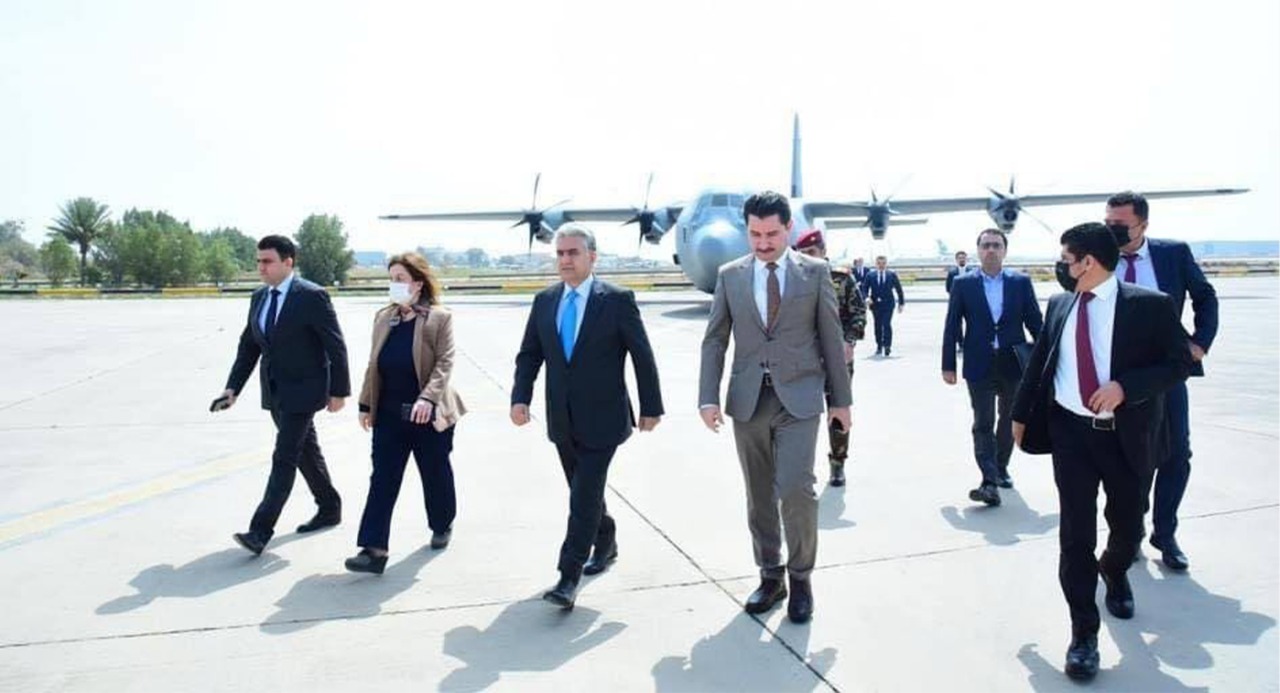 =Shafaq News/ A delegation from the Kurdistan Democratic Party (KDP) has arrived in the Iraqi capital, Baghdad, a source revealed earlier today, Tuesday.

The source told Shafaq News Agency that the KDP secretary, Fadhel al-Mirani, had landed in Baghdad along with the party's candidate for presidency, Rebar Ahmed, and other senior officials.

"The delegation will hold a series of talks with the political parties in Baghdad to settle the differences over the presidency and premiership," the source said.

Earlier today, a member of al-Siyada parliamentary bloc said that the Independent lawmakers will complete the quorum required to proceed with the parliamentary session called on Saturday later this week to elect a president of the republic.

Sunni lawmaker Youssef al-Sibaawi said in a statement to Shafaq News Agency, "the Saturday session entails a surprise element following the call for the Independent MPs."

"The trilateral coalition encompasses nearly 190 MPs. If the Independent MPs, who amount to nearly 40, participate, the quorum will be met," he continued.

"The trilateral coalition backs the Kurdistan Democratic Party's candidate the for presidency, Rebar Ahmed. We are committed to voting for Ahmed on Saturday," he concluded.