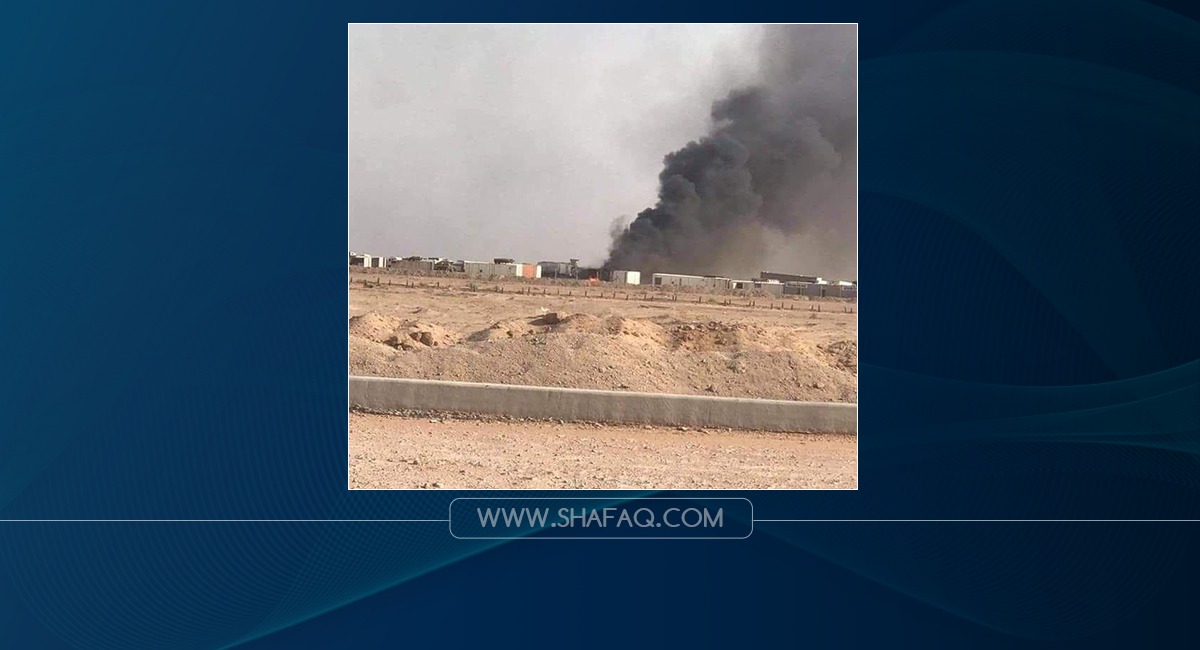 Shafaq News/ The Joint Operations Command formed a committee to look into the circumstances of the explosion that ravaged an establishment of the Imam Ali Brigades of al-Hashd al-Shaabi (Popular Mobilization Forces-PMF) in Najaf on Monday.

Earlier today, Monday, a source in Najaf's Civil Defense reported a blast in an ammunition depot of the aforementioned Iraqi paramilitary group.

Subsequent explosions followed the Initial explosion that rocked the sky of the holy city we the flames caused by the initial blast continue to gut other ammunition stored there.

A source said that a rocket stored in the depot landed inside a nearby house through the roof by the force of the explosion without causing human casualties.

A statement of the Security Media Cell said that the Joint Operations Command formed a committee to investigate the incident that took place this afternoon.

"The Committee will determine the causes of the explosion, decide the liabilities, and take legal proceedings according," SMC said, "Information available to the technical experts said that the incident is a product of poor storing in a sweltering weather."

The Aerial Defense systems did not record any aerial sorties near the incident location in the Governorate, SMC asserted.

It noted," the Commander-in-Chief of the Armed Forces, Mustafa al-Kadhimi, instructed in the wake of similar incidents in the past reconsidering the methods according to which arms are stored and adopting standard criteria for storing process in all the military camps."

An initial statement by the Imam Ali Brigades said that the explosion resulted from a drone attack. However, the armed group soon withdrew this statement, indicating that it will launch an investigation into the incident.

The second statement reported three injuries among the fighters of the Brigade.