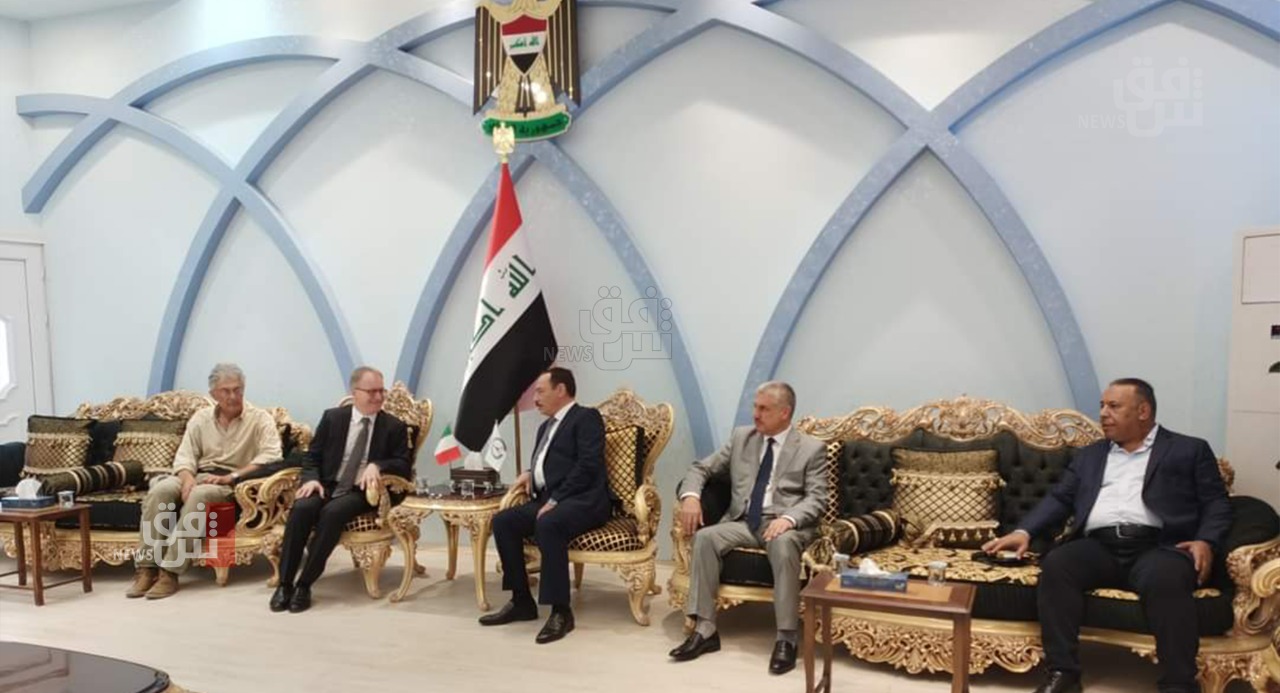 Shafaq News/ Italy intends to inaugurate a consulate in Nineveh, Italian ambassador to Iraq Maurizio Cricante said during a visit to the northern governorate's capital city, Mosul, on Sunday.

In a press conference after a meeting with the head of the local government, Najm al-Jubouri, Cricante reiterated his country's commitment to supporting the Iraqi government and the city of Mosul, citing the role of the Italian forces in liberating the city from ISIS grip.

Cricante said that Rome is interested in bolstering Italian investments in Nineveh and his visit aims to explore the investment prospects there.

"The main focus shall be health and education," he said.

The Italian ambassador said that investments in water resources are on the spectrum of Italy's interests in the city, reminiscing Italy's role in rehabilitating the Mosul dam.

"We are planning to open a consulate here like France and Turkey," he concluded, "it will be our first step after this visit."

Iraqi army seizes 36 artifacts in an ISIS tunnel in Nineveh