Italy to head NATO Mission in Iraq next May 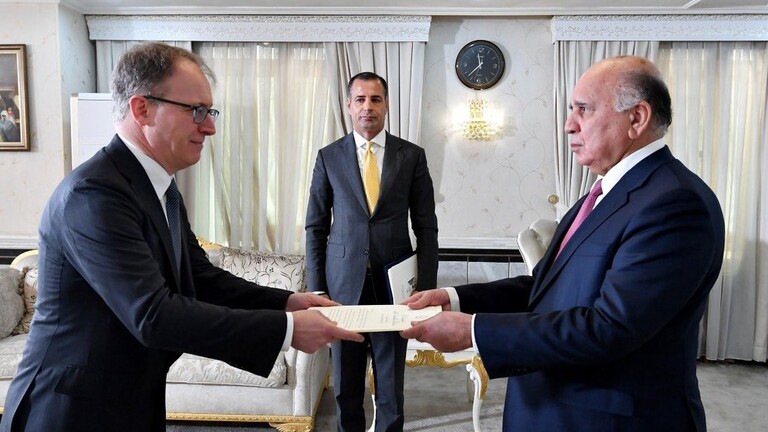 Shafaq News/ The Italian ambassador to Iraq, Maurizio Greganti, has set May 2022 for Italy to head the North Atlantic Treaty Organization "NATO" mission in Iraq.

On Wednesday, Ambassador Maurizio Greganti presented today a copy of the credentials to the Iraqi Minister of Foreign Affairs, Fuad Hussein as the new ambassador of Italy.

According to a statement, the two sides discussed relations between Iraq and Italy, the nuclear agreement between Iran and international parties in Vienna, stressing that any progress in this file would positively affect the regional situation and Iraq.

According to the statement, Hussein affirmed his support for the new ambassador's efforts to strengthen relations between Baghdad and Rome and develop cooperation to achieve common interests. In contrast, the new Italian ambassador reiterated his country's support for Iraq.

Hussein: we look forward to enhancing relations with the U.S.

E3: attacking U.S., Coalition and NATO personnel and facilities will not be tolerated

NATO: Iraq is a pivotal country