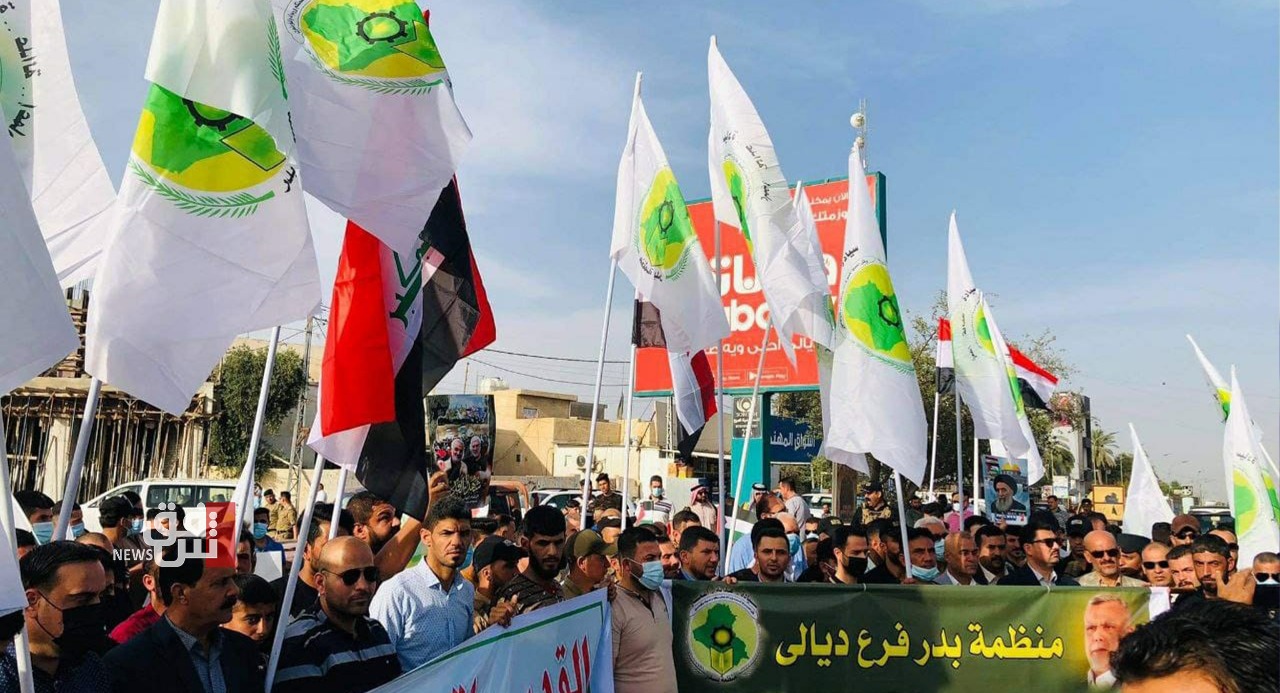 Shafaq News / Iraqis marched on  Friday in the city of Baqubah on Quds (Jerusalem)  Day which is hold yearly in the last Friday of the holy  Ramadan".

The official of the Diyala branch, Ziyad Khalifa Al-Tamimi told Shafaq News Agency, “This day is a day for making Jerusalem and Palestine a global issue in its historical, geographical, humanitarian and ideological dimensions. “

“It is a day to refuse the normalization projects that aim to deprive the Palestinians their rights, foremost is the right to return their land from the occupying Zionist entity”. He said.

Al-Tamimi stressed the necessity of the Arab unity in strengthening the Palestinians to liberate Jerusalem and end “the brutal practices and violations against the Palestinian people," indicating that the Palestinian cause is Islamic and humanitarian, and defending it is a legitimate duty for all free Muslims in the world.

In turn, the head of the Union of Muslim Scholars in Diyala, Jabbar Al-Maamouri, pointed out that "the  Jerusalem Day is an annual tradition when Muslims denounce the policies of Israel and its allies against Palestine and the policies of global arrogance, most notably the United States."  Confirming that this year there is a large participation of all components, sects, and factions of the Popular Mobilization Forces.

Al-Mamouri added, "The masses and components of Diyala today condemned the practices of ISIS and the crimes and violations they committed against humanity and the double standards of some states that allowed ISIS to implement criminal plans."

“These marches will not stop, their issue is to preserve the prestige and sovereignty of Iraq and the exit of American forces from all Iraq. there is no justification for their presence in any part of our lands." He concluded.