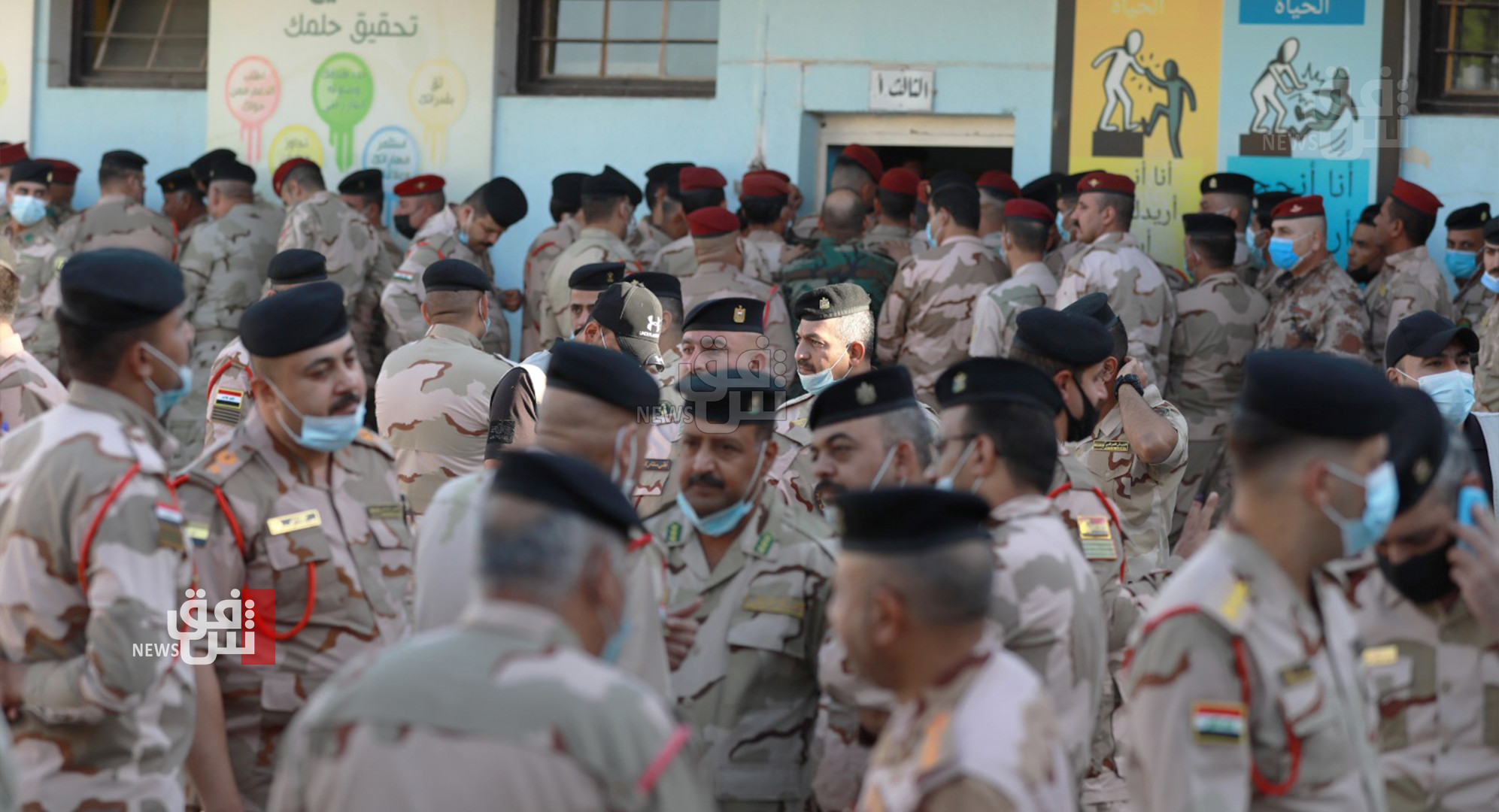 Shafaq News/ Voting for Iraqi Parliamentary Elections began on Friday, where more than 331 thousand of the security forces, the Peshmerga, and the displaced would vote in the Kurdistan Region.

The first stage of the voting process includes 225,851 voters from the security forces and the Peshmerga, in addition to 105,754 displaced persons and prison inmates.

Shafaq News Agency’s correspondents said that high turnout from the security forces and the Peshmerga took place at 07:00 a.m., opening the ballot boxes for voting.

In the same context, the elections centers in Baghdad and Nineveh also witnessed a high turnout with the special voting process.

Controversy in the parliament over IHEC's decision

The upcoming elections are a golden opportunity for saving Iraq, Al-Hikma Movement says

Postponing the elections is a Rebellion against Democracy, Al-Maliki says

After revoking IHEC's decision: Abu Mazen to run for the legislative elections

More parties to drop out of the parliamentary elections, source said