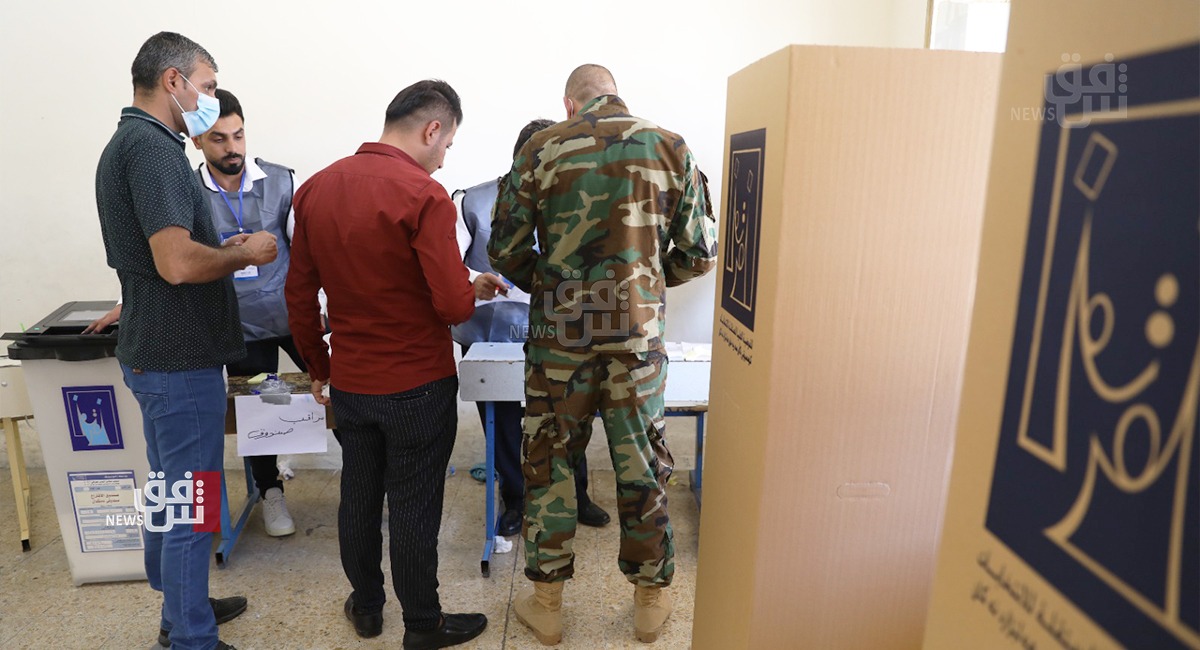 Our Correspondent said, "more than 2000 members of Peshmerga voted in Serkan center."

"Polling centers in Kirkuk, Diyala, and Saladin have also witnessed a good turnout amid strict measures in all cities," according to our correspondents.

Spokesperson of Operations, Gen. Maytham Al-Jabouri, told Shafaq News Agency, " there was no trouble in the special polling process."

In turn, the Director of Al-Tawasol Wa Al-Ekha Human Organization (TEO) in Dhi Qar, Ali Al-Nashi, explained, "about 8000 local observers are participating in observing the elections, as well as there, are nine international observers."

In the same context, hundreds of Peshmerga are voting today in special elections in Kirkuk and Khanaqin.

The Electoral Commission Office of Al-Anbar considered these elections "the most organized compared to the previous electoral cycles."

12 casualties in an ISIS attack in Kirkuk