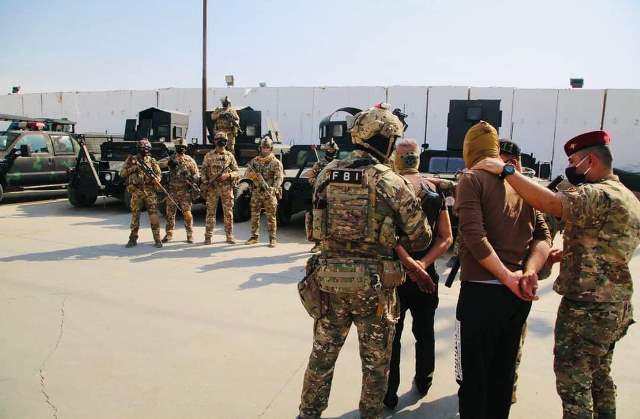 Shafaq News/ The Agency for Intelligence and Federal investigations of the Ministry of Interior apprehended an ISIS terrorist involved in Speicher massacre among other five terrorists.

The Security Media Cell (SMC) said in a statement today, Wednesday, "the agency of Intelligence and Federal investigations arrested six terrorists wanted in accordance with the provisions of Article 4/Terrorism in different territories in Kirkuk governorate."

The statement said that one of the arrestees participated in Speicher massacre, while two others operated in the logistic supply of the terrorist organization.

The arrestees confessed to their crimes and they were referred to the competent authorities, according to the statement.