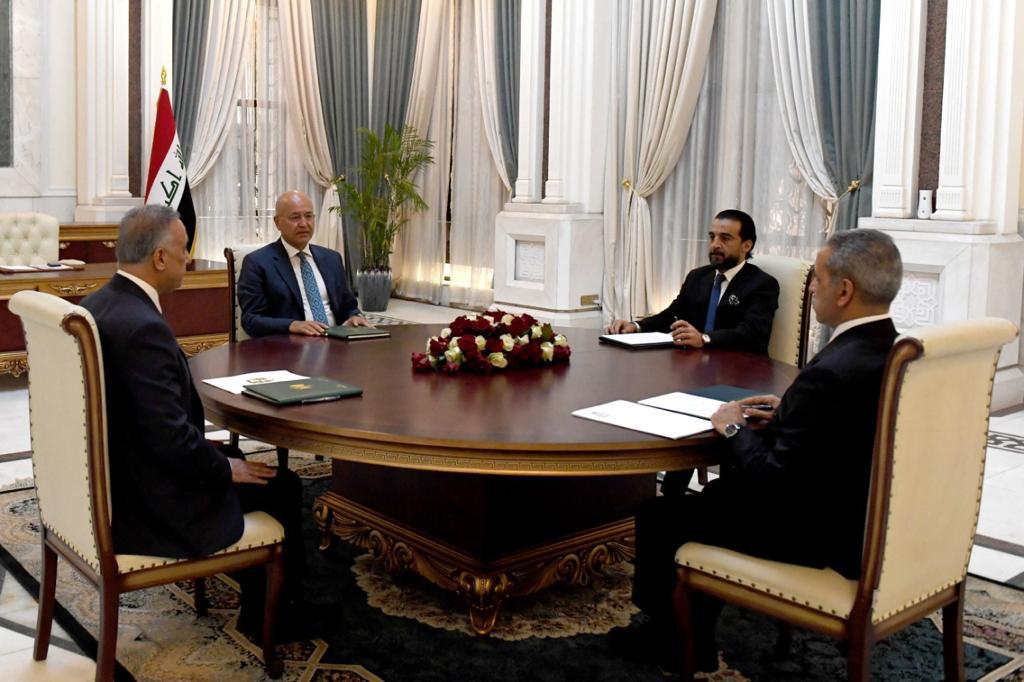 Shafaq News/ The leader of the Wisdom Movement, Rahim Al-Aboudi, revealed today, Thursday, that a meeting of the three presidencies and political forces will be held next week to discuss the High Electoral Commission’s procedures and preparations for the upcoming elections.

Al-Aboudi told Shafaq News Agency, "The three presidencies and all leaders of the political blocs will hold a meeting at the presidential palace, on Sunday, to discuss the Commission's procedures and find a solution and a final decision of holding the elections."

Earlier, The Iraqi Shi'ite cleric Muqtada al-Sadr said on Thursday he will not take part in elections in October and withdrew his support from the government, distancing himself from the state.

"I inform you that I will not participate in these elections. The nation is more important than all of that," Sadr said, adding that he was "withdrawing his hand from those who belong to this current government and the following one".

Asa’ib Ahl al-Haq led by Qais Khazali affirmed the necessity of holding the parliamentary elections on their scheduled date next October.

For its part, the Al-Fatah parliamentary bloc accused “other political parties” that hold official positions in the government of trying “to inflame the street and postpone the parliamentary elections until further notice.”

It is noteworthy that the Independent High Electoral Commission had confirmed that the 10th of October for holding the parliamentary elections, on the tenth of next October, is an "inevitable" date.