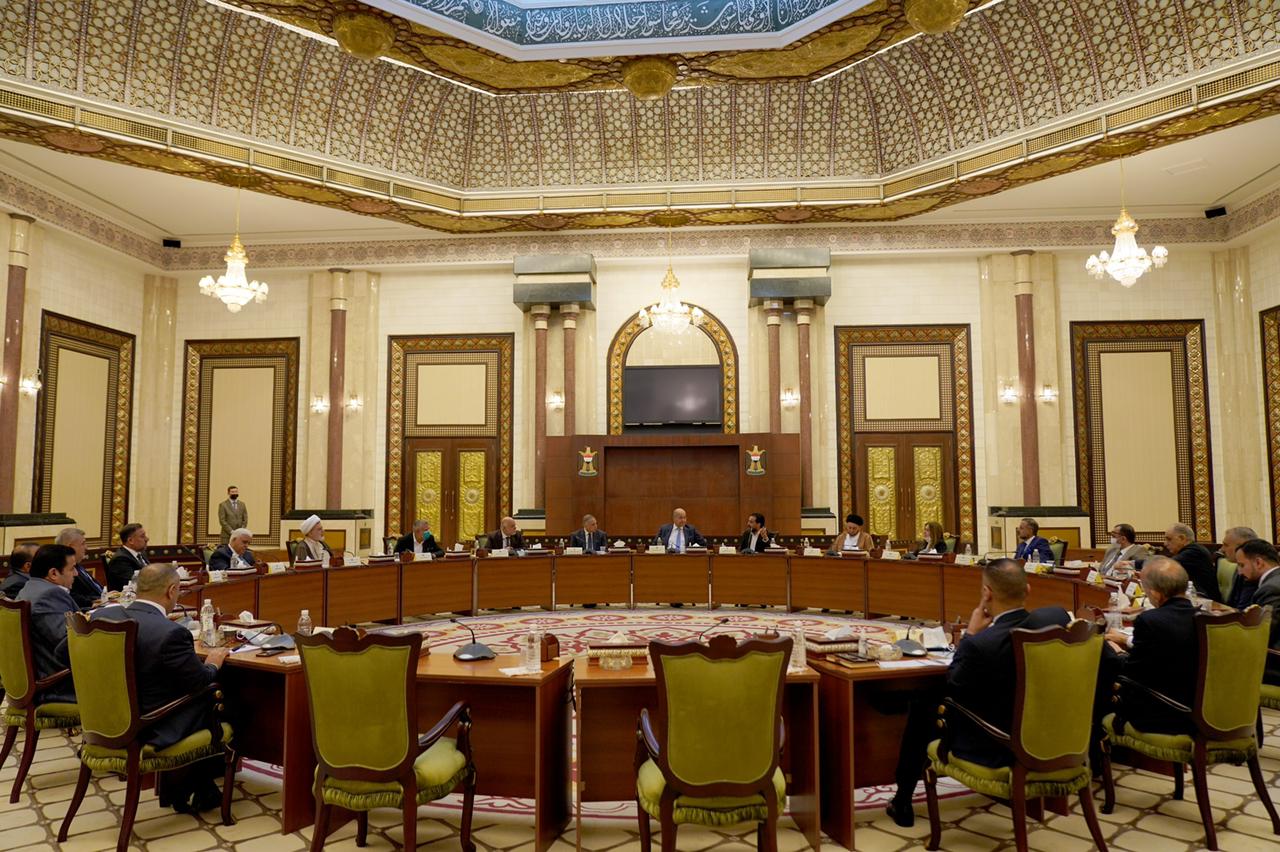 Shafaq News/ The media office of Prime Minister Mustafa Al-Kadhimi announced that the latter held a general meeting with political leaders that ended by confirming that the elections would be held on time.

The office said in a statement, "Iraqi national forces and parties met in the Government Palace in Baghdad upon the invitation of Prime Minister Mustafa Al-Kadhimi, in the presence of the President of the Republic, Barham Salih, and Parliament Speaker Muhammad Al-Halbousi."

The participants reiterated their, "Support for the dialogue results and the joint statement, concerning the security relations between the two sides, limiting it to an advisory, training, and intelligence cooperation."

The attendees welcomed the Iraq-U.S. cooperation in the political, economic, cultural, health, educational fields, in a way that guarantees strong and fruitful relations between the two friendly countries.

Moreover, the attendees commended the government effort and the Iraqi negotiating delegation to achieve this agreement, stressing their keenness to adhere to its outcomes and ensure its implementation.

However, the meeting shed light on the elections preparations and affirmed their commitment to the timelines set for the electoral process on October 10, and their commitment to the standards and controls that were approved for the success of the electoral process, calling on the government to "provide all requirements for secure elections, and all support to the Independent High Electoral Commission."

In this regard, the parties also called on the political forces that decided to boycott the elections to return from this decision, and start a frank dialogue to enhance the electoral process.

The participants affirmed that the participation of all political parties in the electoral process represents a sound national choice, and achieves the desired goals to serve our people and achieve their legitimate aspirations."