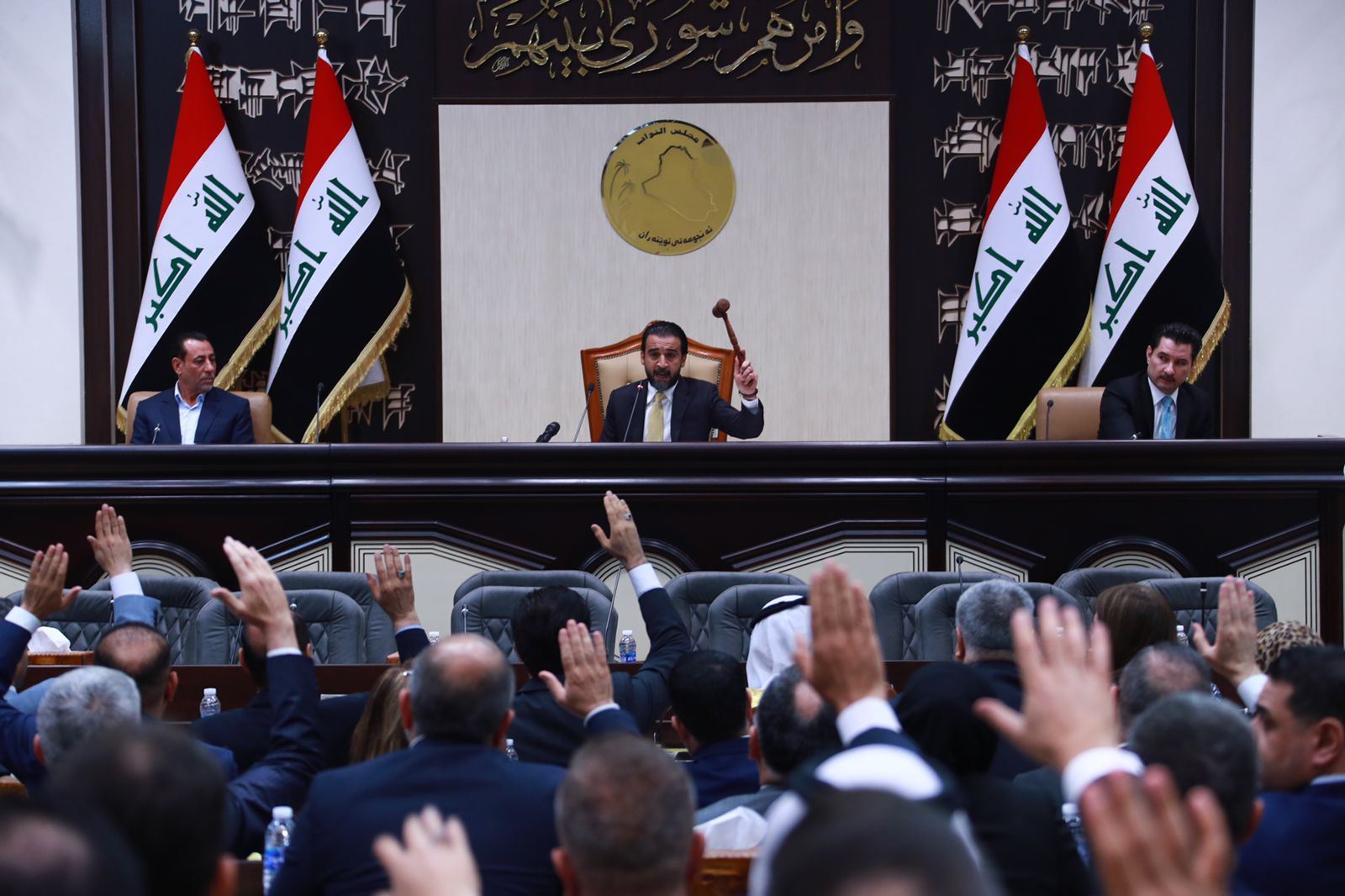 Shafaq News/ The Iraqi parliament is set to vote on a bill that bans normalizing ties with Israel on Wednesday next week, a source from inside the legislative assembly said on Thursday.

The lawmakers are scheduled to engage in a three-day marathon of meetings and discussions to add the final touches on essential bills and draft laws.

"The first deputy speaker of the Iraqi parliament, Hakem al-Zameli, gave the parliamentary committees Monday, Tuesday, and Wednesday to make their final statements on the draft law," the source said, "on Wednesday, the parliament will vote on a bill on normalizing the ties with Israel. It will also hold a second reading on the emergency bill on food security."