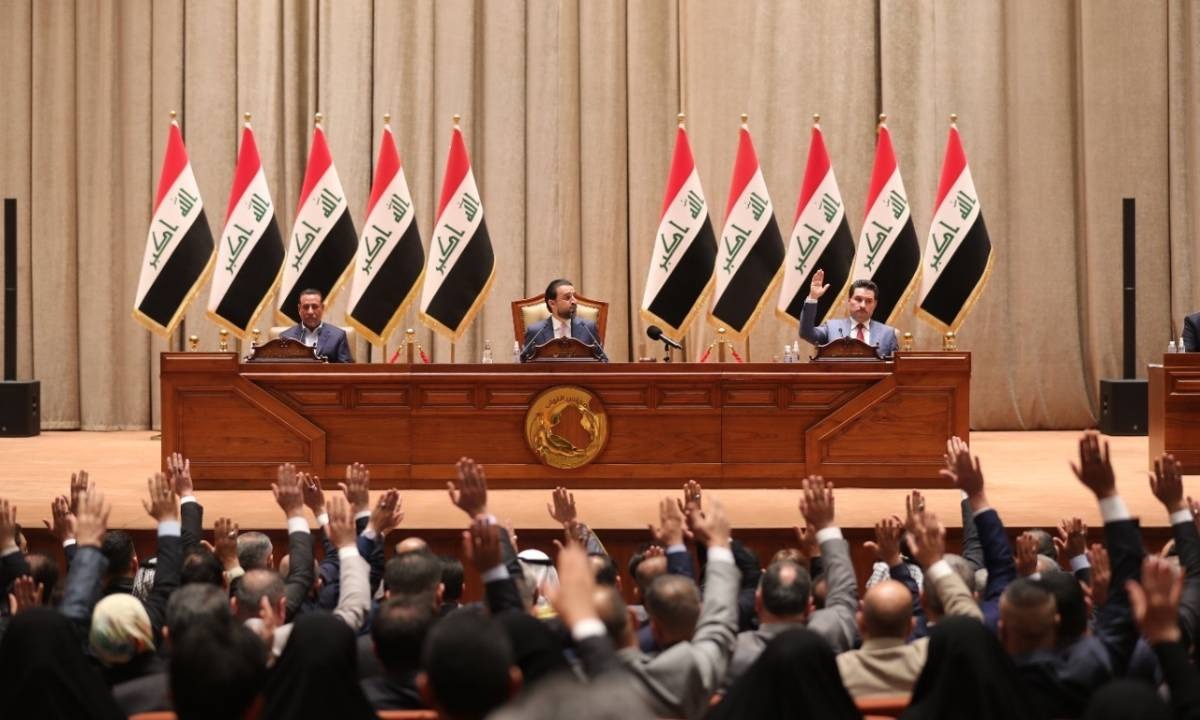 A document appended by the signature of the Parliament Speaker, Mohammad al-Halboosi, said that the window will be only opened once.

MPs, whose job it is to elect the president, a position reserved for a Kurd, set a three-day period for candidates to register, by a vote of 203 in favour from 265 who attended a special session.

Lack of a quorum and legal issues raised by pro-Iranian blocs had initially blocked the work of parliament after losing in the October ballot.

Then, political snags between various blocs hindered the presidential vote, which added to war-scarred Iraq's political uncertainty because the president has to name a prime minister from the largest bloc in parliament.

On February 13, Iraq's supreme court also ruled out a bid by frontrunner and veteran politician Hoshyar Zebari to run for president after a complaint filed against him over years-old corruption charges.

His exclusion, from a field of some 25 candidates after an initial registration, appeared to clear the way for his main challenger, incumbent President Barham Salih. However, the nomination of Kurdistan's Interior Minister, Rebar Ahmed, after Zebari's exclusion reshuffled the carda.

Iraqi politics have been in turmoil since the October 2021 general elections, which were marred by a record-low turnout, post-election threats and violence by pro-Iran factions, and a delay of several months until final results were confirmed.

Intense negotiations among political groups have since failed to form a majority parliamentary coalition to name a new prime minister to succeed Mustafa al-Kadhimi.