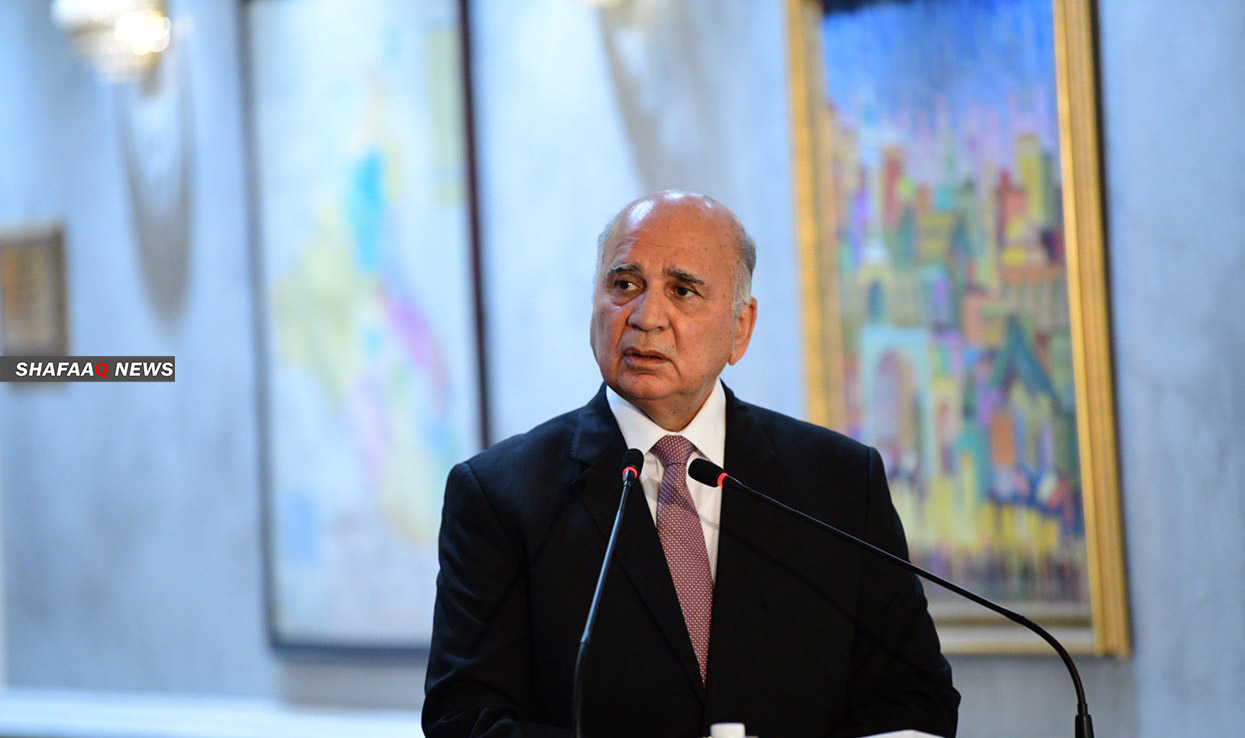 Shafaq News/ The Iraqi negotiating delegation landed in the U.S. capital city, Washington, to hold the next round of the "Strategic Dialogue" talks.

The spokesperson for the Iraqi Ministry of Foreign Affairs, Ahmed al-Sahhaf, said that Minister Fuad Hussein arrived to Washington flanked by the members of the negotiating team to hold a new round of the Strategic Dialogue talks scheduled for July 23.

The Ministry's statement said that the talks will be administered by Minister Hussein from the Iraqi side, and Secretary of State Antony Blinken from the U.S. side.

The United States President Joe Biden will welcome Iraqi Prime Minister Mustafa al-Kadhimi to the White House on July 26, his office has announced.

The meeting will “highlight the strategic partnership between the United States and Iraq”, the White House said in a statement on Friday.

The meeting will take place against the backdrop of growing concerns among US officials about more frequent attacks against the US targets in Iraq and Syria.

There have been at least eight drone attacks targeting the US presence since Biden took office in January, as well as 17 rocket attacks.

The Biden administration has responded by twice targeting Iraqi armed groups operating inside Syria, including one close to the Iraq border.

Iraq has long been an arena for a bitter rivalry between the US and Iran despite their shared enmity towards ISIS.

Baghdad’s relationship with Washington has been complicated since the US assassinated the last year Iranian top General Qassem Soleimani and senior Iraqi militia commander Abu Mahdi al-Muhandis at Baghdad International Airport. The drone strike on January 3, 2020, was ordered by then-President Donald Trump.

In Washington, al-Kadhimi is expected to push for a concrete timetable of US troop withdrawal from Iraq. The implementation of their departure could take years.

Some 3,500 foreign soldiers are still on Iraqi territory, including 2,500 Americans, who have been posted to help fight ISIS since 2014.

Washington should stop its interventions in the region, Iranian Spokesperson says

Official: Fuad Hussein and Qassem al-Araji in the Iraqi delegation to Washington