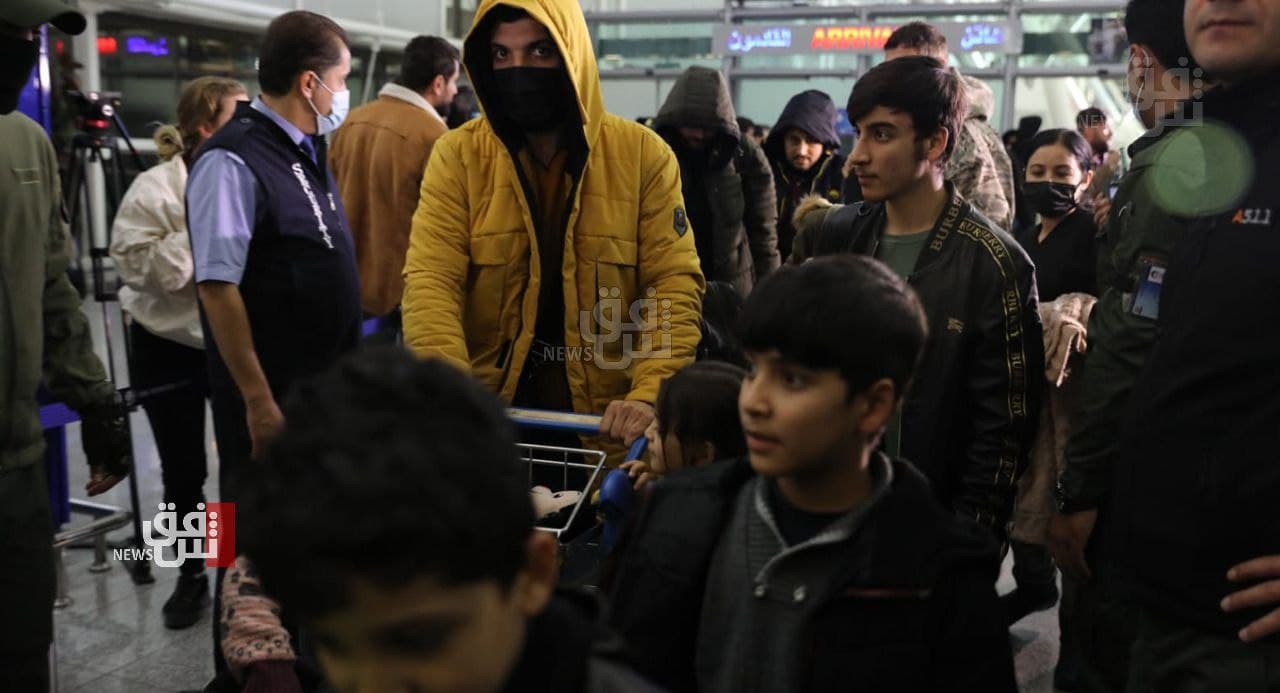 Shafaq News/ On Thursday, the first group of Iraqi migrants arrived in Baghdad from the Belarusian capital, Minsk.

A source told Shafaq News Agency that 30 migrants arrived at Baghdad International Airport after being stranded for several weeks at the borders of Belarus and the European Union countries.

For its part, the Iraqi Ministry of Transport said in a brief statement, "The plane of the Iraqis returning from Belarus arrived at Erbil airport after returning from the Belarusian capital, Minsk."

According to the spokesman for the Kurdistan Regional Government, Gutiar Adel, the first group includes 431 people, 90% of whom are residents of Kurdistan.

It is noteworthy that hundreds of families stranded at the Belarus-Lithuania borders face difficulties arriving at their destination in the European Union after the official authorities in Belarus prevented them from crossing the border.