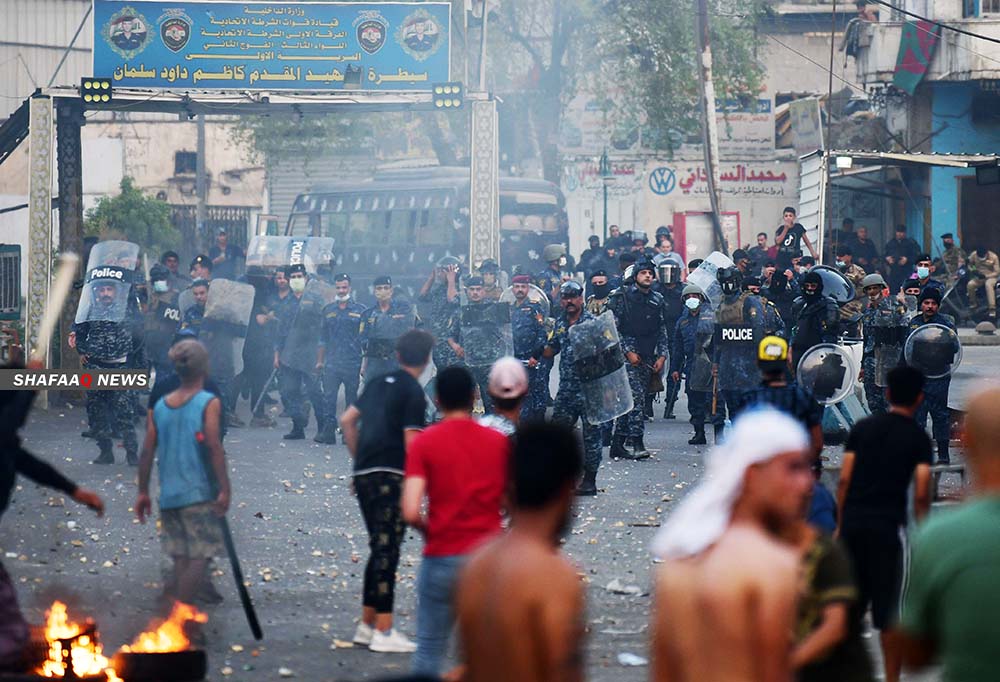 Shafaq News / The Iraqi Ministry of Interior released, on Thursday, photos of weapons and ammunition belonging to security personnel accused of killing demonstrators in Baghdad.

The Iraqi Minister of interior, Othman Al-Ghanmi, announced, on Thursday, that two protestors were killed in Al-Tayaran Square in Baghdad, by the security forces, during a protest last Monday.

Al-Ghanimi said, "The results of the investigations confirmed that the two martyrs were killed by officers, using hunting rifles, in a personal capacity", adding that the examining magistrate decided to arrest the accused officers.

On Monday, Prime Minister Mustafa Al-Kadhimi gave the security services 72 hours to announce the results of the investigation into the violence that accompanied the protests in Baghdad.