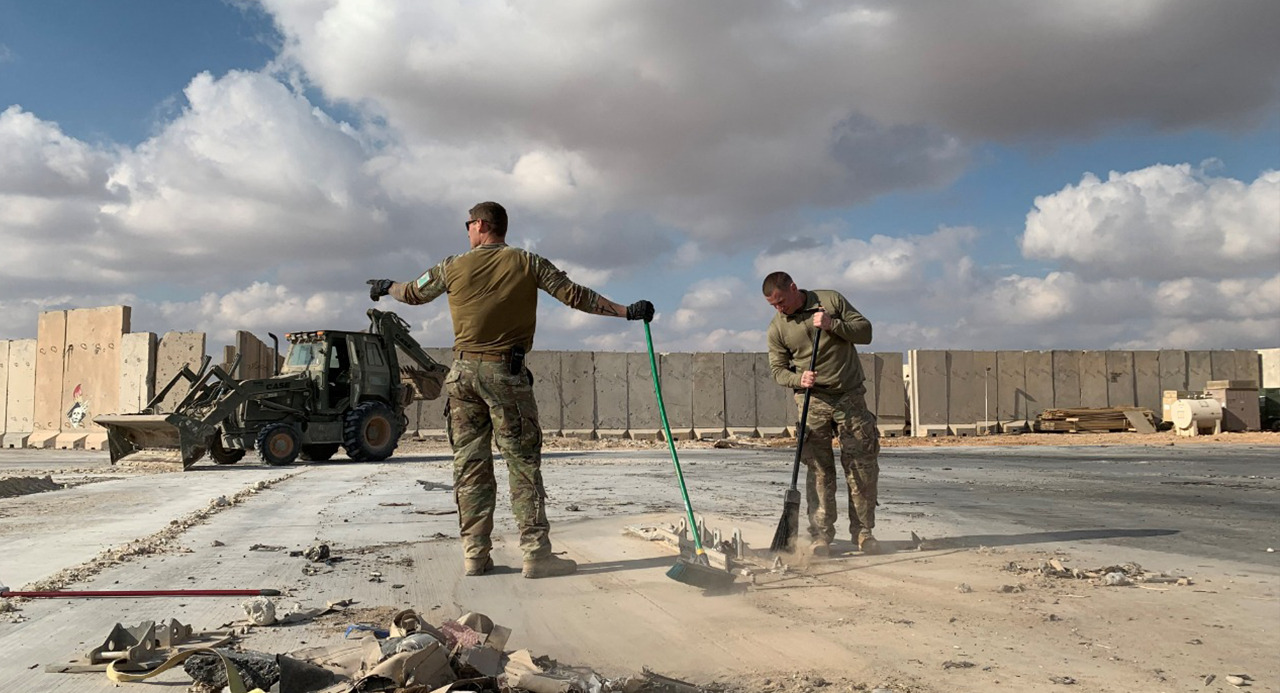 A local official in Hit district (west of al-Anbar), who asked to remain anonymous, revealed to Shafaq News agency that the perpetrators were arrested after surveillance cameras monitored their vehicle.

He added that the arrested confessed to two others who were with them during an attempt to bomb the base.

The official pointed out, "The army forces arrested two members of the tribal mobilization in al-Baghdadi district, suspected of their involvement in the bombing of Ain al-Assad base."

Earlier today, The leader of the Tribal Mobilization, Qatari al-Obaidi, told Shafaq News Agency that inquiries with the suspect by the relevant security authorities are underway.

The Ain al-Assad airbase in the west of Iraq was reportedly targeted by a rocket attack earlier today, Sunday.

A source in al-Anbar told Shafaq News Agency that a rocket, of unknown type, landed in the vicinity of the airbase.

The attack did not result in casualties, according to the source, and an explosives expert arrived at the scene to identify the rocket used in the attack.

"The launching was executed from the top of a pick-up truck. The security forces identified the culprit truck by cameras," the source said.