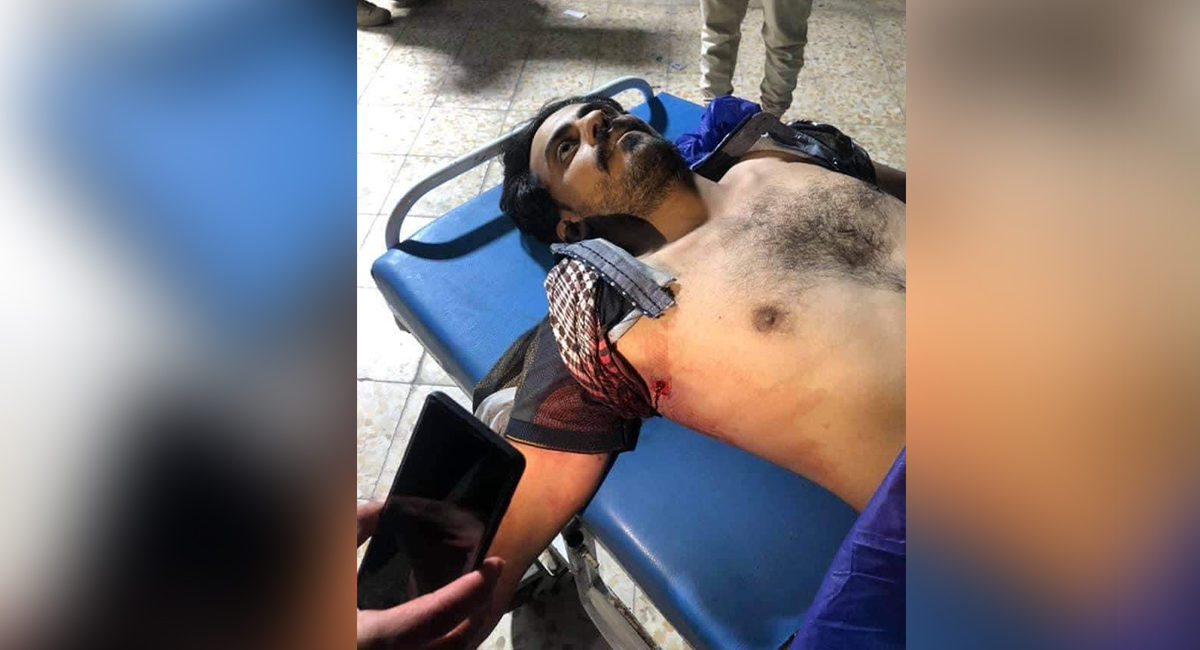 An unknown person said in the video that the victim is Omar Fadil, who passed away today in the demonstrations in Basra.

Moreover, witnesses told Shafaq News agency that riot police broke up crowds by force after the protestors tried to set up tents in the city center.

For his part, an Iraqi police officer told Shafaq News agency that the security forces reopened all roads leading to the sit-in.

It is noteworthy that the federal government had removed the protest tents in all sit-in squares in the central and southern governorates of Iraq at the end of last October.

A few days ago, demonstrations were organized to protest the delay in paying salaries by Al-Kadhimi's government, and its failure to fulfill the promises it made.

The Iraqi demonstrations began on October 1, 2019. Under popular pressure, and after hundreds of protesters were killed and thousands were injured, the previous Iraqi government headed by Adel Abdul Mahdi resigned, and a temporary one was formed until early legislative elections were held, the date of which was set by the current Prime Minister, Mustafa al-Kadhimi, next June of 2021.