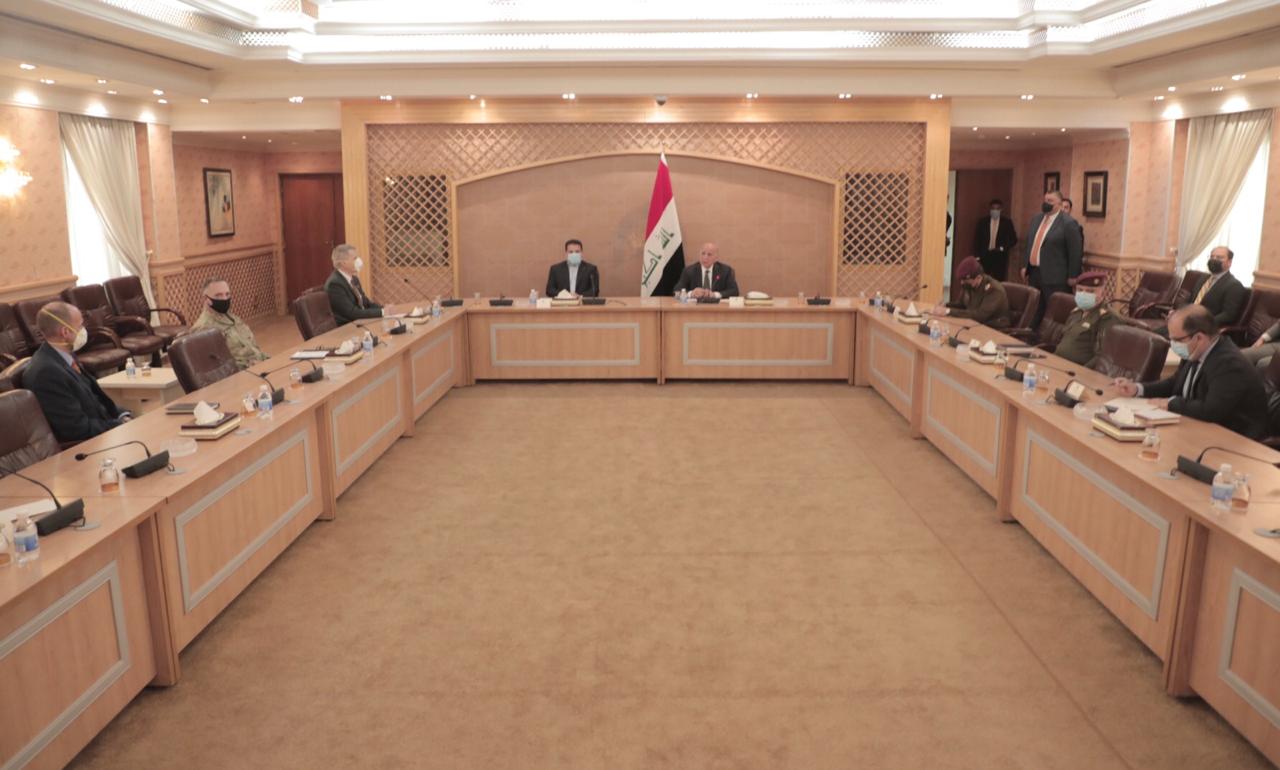 Shafaq News / The National Security Adviser, Mr. Qassem Al-Araji attended on Wednesday a meeting between the Iraqi and the American sides on scheduling the withdrawal of U.S. troops from Iraq. The meeting comes hours after a rocket attack on the U.S. embassy in Baghdad.

A statement by the Office of the National Security Adviser said that Al-Araji attended the meeting which was also attended by the Minister of Foreign Affairs, Dr. Fuad Hussein, the Chief of Staff of the Iraqi Army, Lieutenant-General Abdul Amir Yarallah, and the Deputy Commander of Joint Operations, Lieutenant-General Abdul Amir Al-Shammari from the Iraqi side. From the other side, the U.S. Ambassador to Iraq, Matthew Tueller, represented his country in the meeting also attended by the leader of the international coalition forces in Iraq and Syria, according to the statement.

The statement said that the meeting touched upon the continuation of cooperation between the international coalition and Iraqi forces in the war against the terrorist organization of ISIS and stressed that all the movements of the International Coalition forces must be approved by the Iraqi side.

"It was agreed to hold other meetings, to reach a final agreement on the withdrawal of the American forces outside Iraq", the statement highlighted.