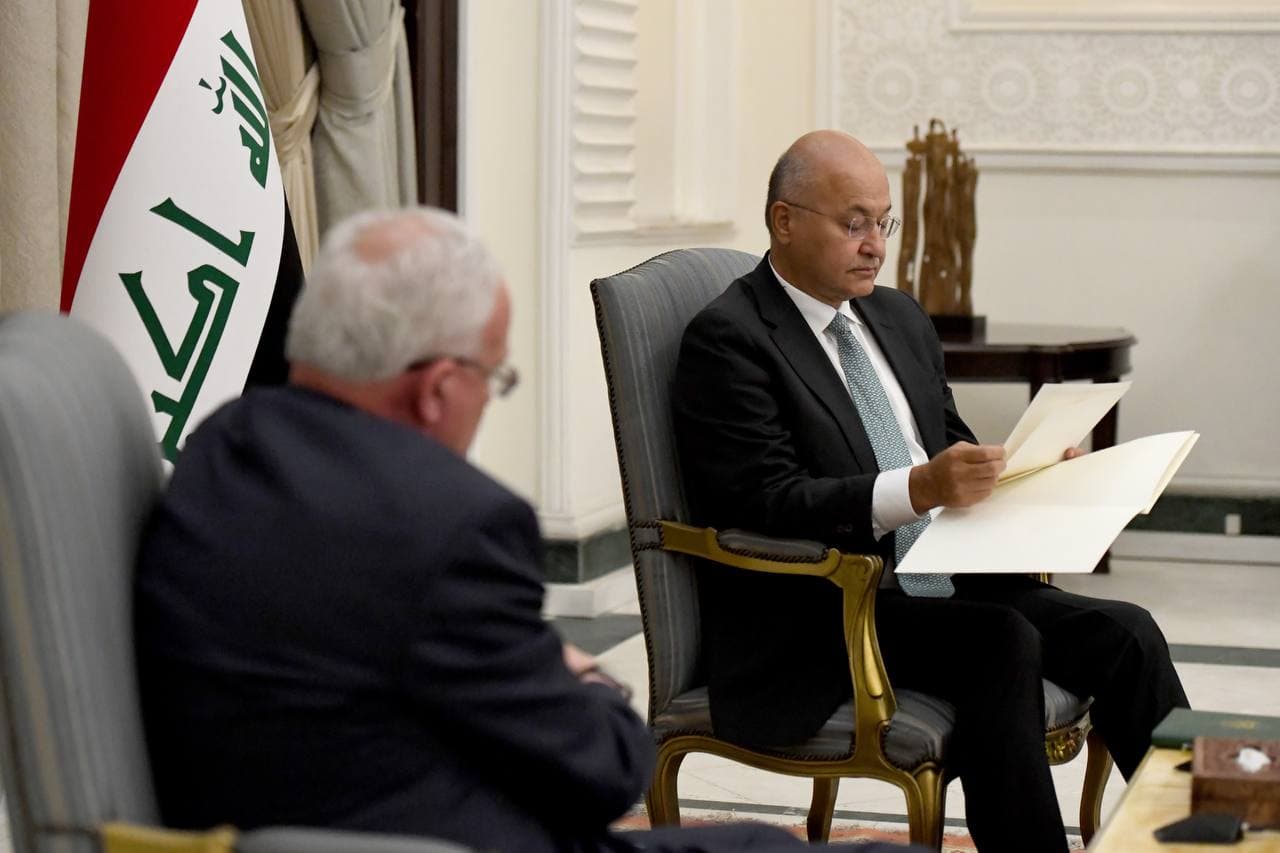 Shafaq News / President Barham Salih received today, Sunday, a letter from the Palestinian President Mahmoud Abbas, in which the latter expresses his gratitude for Iraq’s official and popular stance towards the events that unfolded in Jerusalem and the Palestinian territories in the past days.

This came as Salih was hosting the Palestinian Minister of Foreign Affairs Riyad al-Maliki at the Salam Palace in Baghdad.

According to a readout issued by the Iraqi Presidency, “The meeting tackled the situation in Jerusalem and the Palestinian territories and the inhuman infractions and aggression of the Israeli entity against the Palestinian people, as well as the brotherly relation and ties between Iraq and Palestine, and the necessity of promoting these ties and developing them to best serve the interests of both people.”

According to the statement, the President reiterated the Iraqi position “towards the pivotal Palestinian cause and the support that Iraq will keep giving to the Palestinian people in their battle for their legitimate rights,” stressing, “the importance of unity and coordination on all fronts, to put an end to the suffering of the Palestinian people and protect their rights and prevent any Israeli attacks against them.”

President Salih to Senior US official: Iraq's security is vital for regional stability