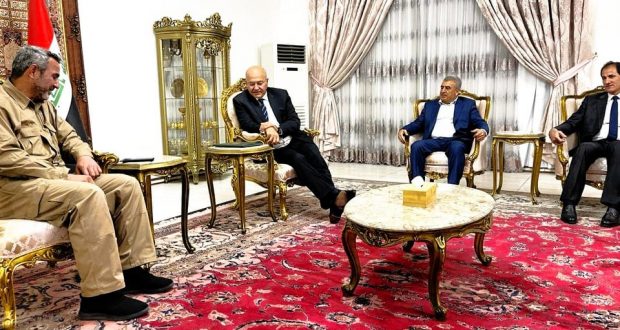 A PMF statement said, "The two sides discussed the recent moves of the Popular Mobilization Forces in Kirkuk and western Nineveh (referring to Sinjar) to the Iraqi-Syrian borders to “strengthening counter-terrorism efforts and coordinating on the security level."

The two sides discussed "the border checkpoints and joint control areas between the federal forces and the Peshmerga."

Accruing to the statement, both sides rejected all acts of sabotage and stressed the need to prevent the ISIS elements infiltration across the borders."

A security source told Shafaq News that a few days ago, Abu Fadak directed three brigades of the Popular Mobilization Forces to locate in Domiz camp within the Sinjar district, along with formations from Asa'ib Ahl al-Haq and Kata’ib Hezbollah.