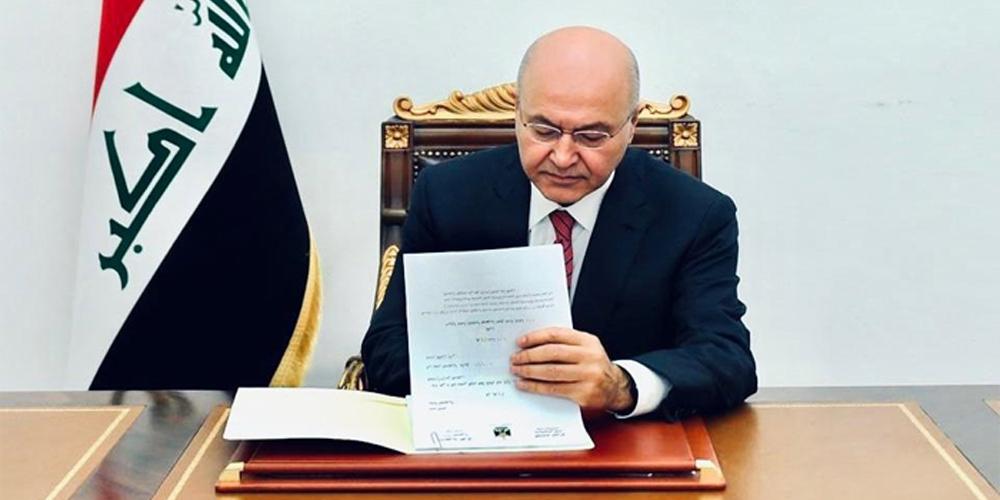 Salih said in a statement, “this approval is the first step to conduct free and fair elections.

Earlier, The Iraqi Parliament approved the law of funding the upcoming parliamentary elections.

A copy of the Iraqi parliament election expenses funding law showed that the parliament approved the suggestion of the committee by saying, “133,300,000 thousand dinars are allocated for the Election Commission.”