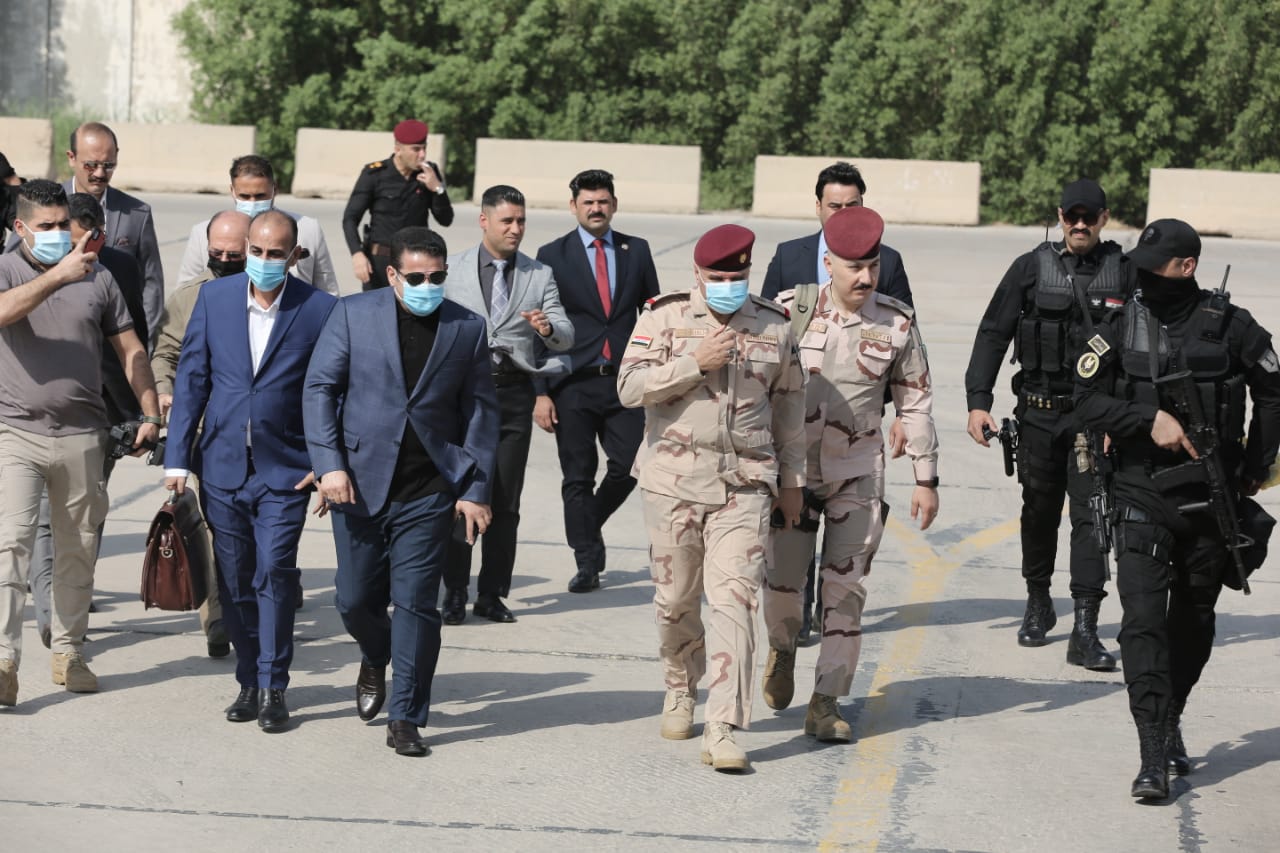 Shafaq News/ The Iraqi National Security Advisor, Ahmed al-Araji, embarked on Wednesday on a visit to Kirkuk, flanked by a high-level security delegation to keep tabs on the situation in the disputed governorate.

The delegation, according to a statement by al-Araji's office, included the Deputy Commander of the Joint Operations Command, Abdul-Amir Al-Shammari, the representative of the National Security Services, Hamid al-Shatri, and a representative of al-Hashd Al-Shaabi (PMF), Yilmaz al-Najjar.

Upon arrival, the delegation was received by Governor Rakan said Al-Jubouri, and the commander of the advanced headquarters of the Joint Operations Command, let. Gen. Ali al-Furayji. The two officials presented briefings on the security situation in the governorate before moving to the joint cooperation headquarters in the governorate, where officers from the Iraqi army and the Peshmerga forces offered a preview on the progress of the work and missions.

The statement said that al-Araji commended the endeavors of the security forces and asserted the vitality of the different security bodies.

"Kirkuk shall remain a focus for peaceful coexistence. The security file shall be nowhere near the political file," the al-Araji said.

The tour also included the governorate's airport. The delegation inspected closely its condition and obtained first-hand information about the affairs of the employees, who demanded reopening the airport to facilitate and revitalize air traffic ahead of the Pilgrimage season.