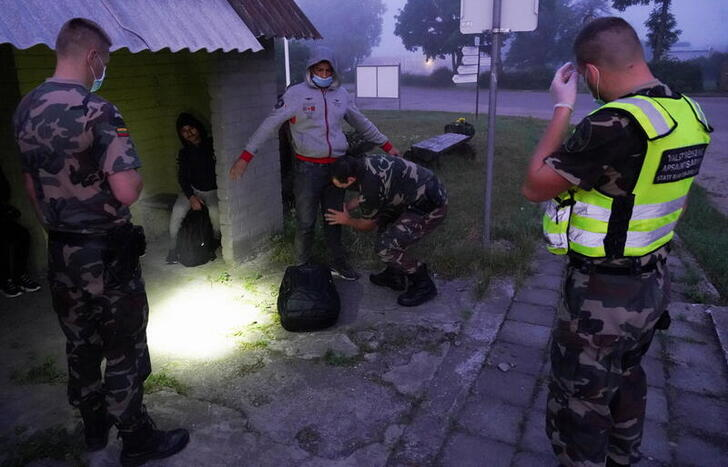 Shafaq News/ The Iraqi Ministry of Foreign Affairs (MoFA) cracked on Saturday a list of measures to secure the option of voluntary repatriation of Iraqis stranded at the Latvian-Belarusian borders.

In a statement issued earlier today, the spokesperson for the Ministry of Foreign Affairs, Ahmed al-Sahhaf, said that a Consular delegation from Iraqi Embassy to the Russian Federation has arrived in Minsk to facilitate the release of passports for Iraqi nationals wishing to return to their homeland.

"The Ministry of Foreign Affairs is following with great interest the issue of Iraqi migrants and travelers to Belarus recently," al-Sahhaf said, "We renew our call to all Iraqis not to be a target of smuggling and human trafficking networks."

According to al-Sahhaf, the Minister held a series of phone calls with the High Representative of the European Union for Foreign Affairs and Security Policy, Josep Berrol, as well as the Lithuanian and the Latvian the Ministers of Foreign Affairs, among others, and discussed with them issues related to migration and asylum, asserting the State's firm position on voluntary return.