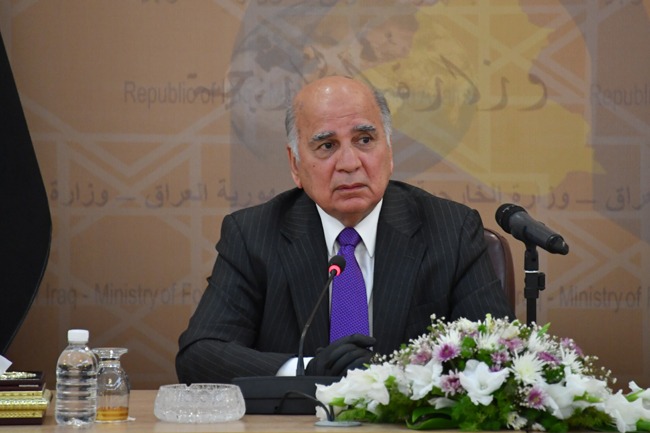 Shafaq News / The Iraqi Minister of foreign affairs, Fouad Hussein, arrived in Iran on Saturday morning for a two-day visit.

Iranian media reported that Hussein will meet with senior officials in the country to discuss ways to expand bilateral relations during the visit, which comes after the recent visit of his Iranian counterpart, Muhammad Javad Zarif, to Baghdad.

Hussein will also hold consultations with senior officials in Iran regarding the implementation of the agreements reached by the Iraqi Prime Minister, Mustafa Al-Kadhimi, during his visit last August to Tehran.

Hussein stresses the need for US support for Iraqi growing democracy