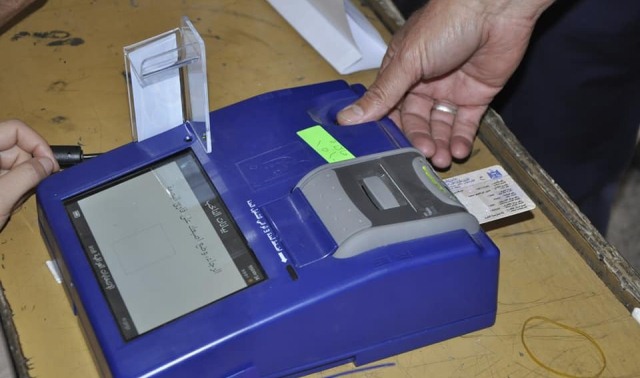 Shafaq News / MP of the Iraqi Front, Muhammad Iqbal, revealed that a request had been submitted to the Presidency of Parliament to amend the election law and make the biometric card as mandatory.

Iqbal told Shafaq News agency, "holding the elections without the biometric system will be a prelude to a very large process of fraud, as happened in the previous elections," stressing, "there is a request signed by more than 50 MPs submitted to the Presidency of Parliament to amend the law."

Iqbal warned that some political blocs have monopolized the election law and intend to rig the upcoming elections.

On December 6, the President of the Iraqi Council of Representatives, Muhammad al-Halbousi, called on the Independent High Electoral Commission to accelerate issuing and distributing the biometric card.