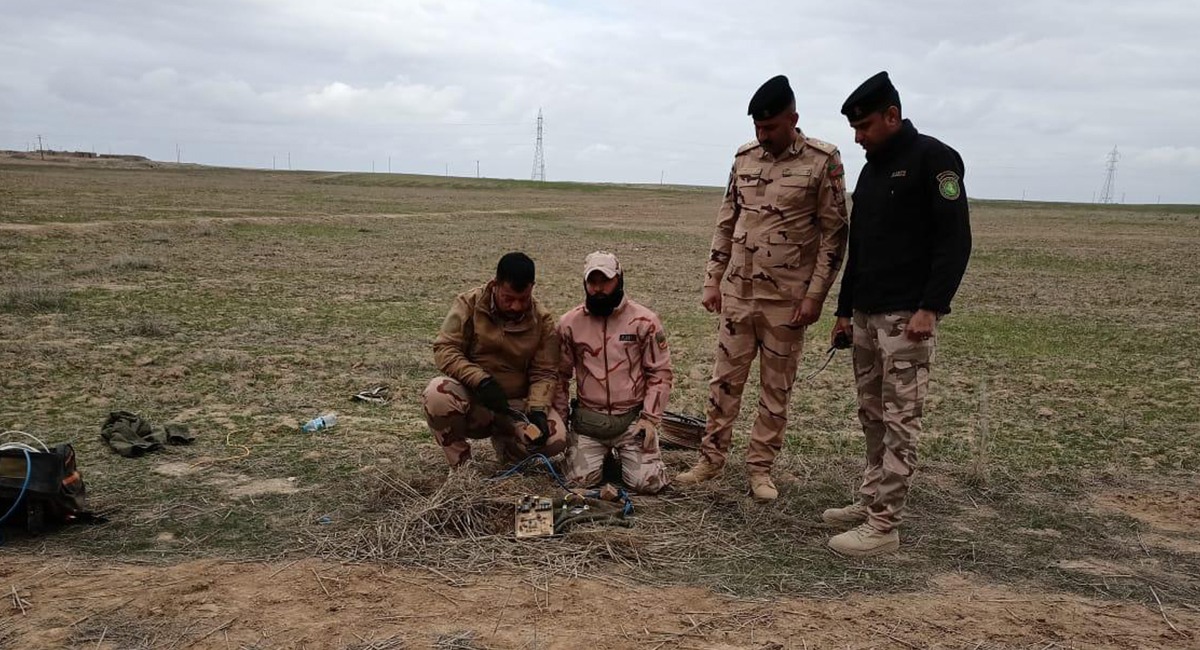 A statement by the Iraqi Intelligence Directorate said, "the Detachments of the Military Intelligence Division in the 15th Division, in cooperation with the third regiment of the 21st Infantry Brigade, and in coordination with the Intelligence Division of the Western Operations Command, Nineveh, spotted a cache containing an explosive belt and artillery shells in al-Zaaziya area of Hatra district, west of Nineveh. Security forces raided the hideout and seized an explosive belt and two 155mm artillery shells."

The statement added that the bomb squads successfully detonated the bombs.

In the same context, a source in Basra police department arrested a citizen from Karbala in al-Fayhaa area in al-Zubair district. The arrestee is wanted per five provisions, including two of Article 4/ Terrorism.