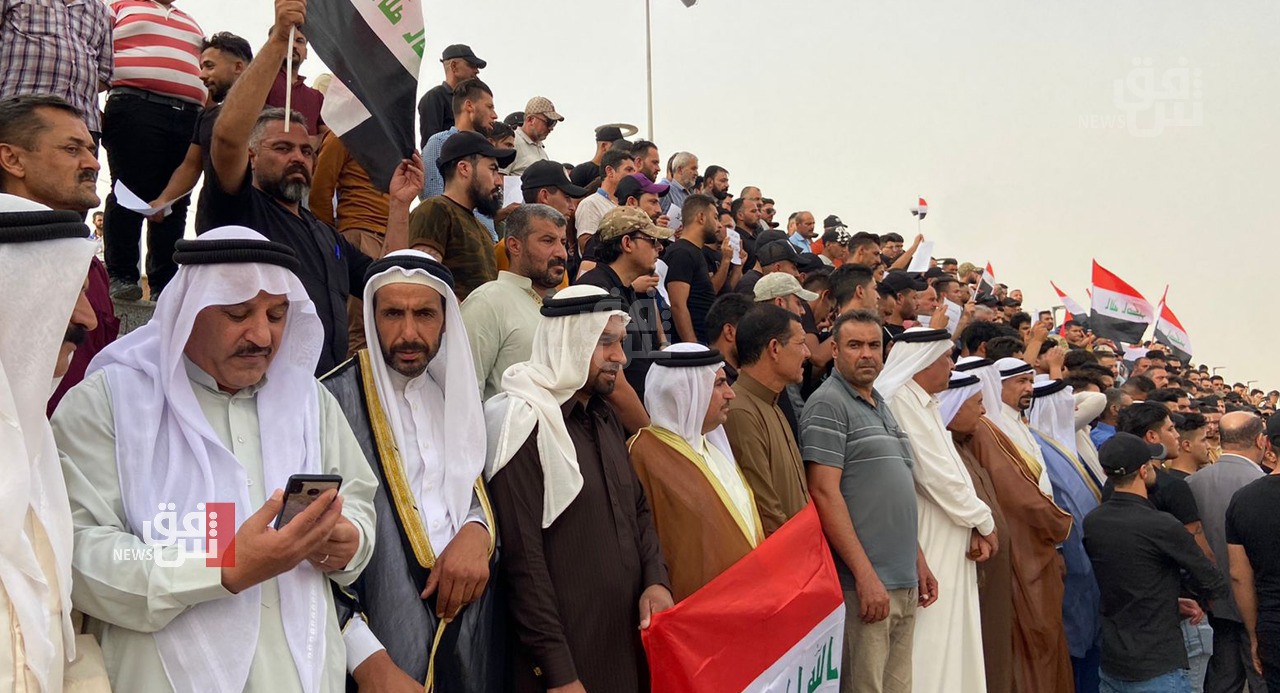 Shafaq News/ Protesters marched through the streets of the Iraqi governorates against the Turkish attack on Zakho, which killed nine people, including children.

Dozens in Mosul protested in the celebrations square, east of the city, carrying the Iraqi flags and chanting anti-Turkey slogans

The protesters demanded to close Ankara’s Consulate in Mosul and expel the Turkish ambassador to Iraq.

In Baghdad, dozens, most of them supporters of the Popular Mobilization Forces, demonstrated in front of the Visa Granting Office of the Turkish Embassy.

They clashed with the security forces when they tried to storm the building, which injured eight people.

In Erbil, Civil society activists gathered in front of the United Nations headquarters to protest against the Turkish bombing.

In Basra, people also demonstrated near the Turkish Consulate.

Photos show the aftermath of the Turkish consulate attack in Mosul