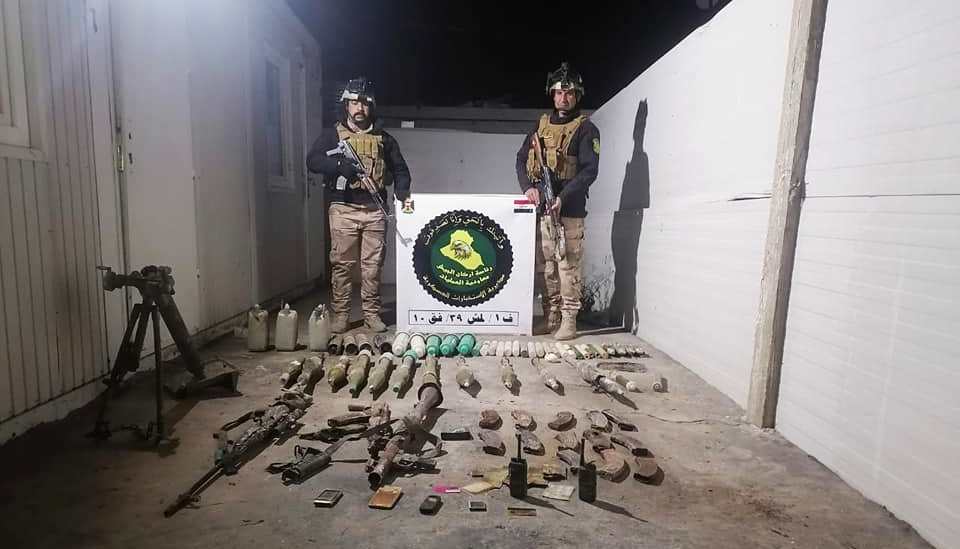 Shafaq News / A military intelligence force on Saturday seized weapons and equipment for ISIS in Al-Anbar.

A statement by the Intelligence said a joint force raided an ISIS hideout containing and weapons, ammunition and equipment belonging to the so-called “Dabiq Army - Sarem al-Battar Brigade” in the Albu Diab area in Ramadi.

The statement added that the Force seized mortars, RBG7 launcher, Kalashnikov, Rockets, Mobile phones and other which were possessed by the terrorist leader Rikan Jasem known as “Jleibib” who was killed.