Iraqi Forces deploy intensively in the vicinity of the Green Zone 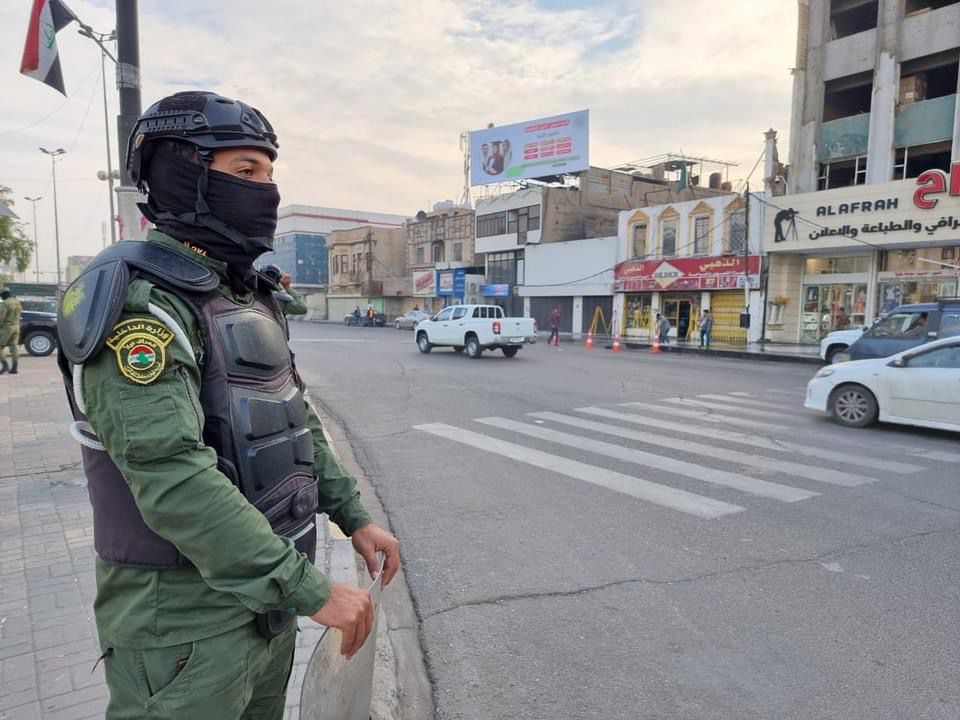 Shafaq News/ On Friday, the Iraqi security forces deployed intensively in the vicinity of the heavily-fortified Green Zone in Baghdad in anticipation of any demonstrations for those who reject the results of the parliamentary elections.

A security source told Shafaq News Agency that the security forces have deployed near the Green Zone and Tahrir Square.

It’s worth noting that the Shiite factions under the umbrella of the Coordination Framework reject the preliminary results of the elections after they lost many of their parliamentary seats.

They say that there was fraud in the electoral process and the results are "fabricated.”

As a result, waves of supporters flocked to the streets near the Green Zone, and clashes took place with the security forces.

A heavy deployment of Iraqi security forces in central Baghdad

Security forces prevent the demonstrators from storming the Green Zone