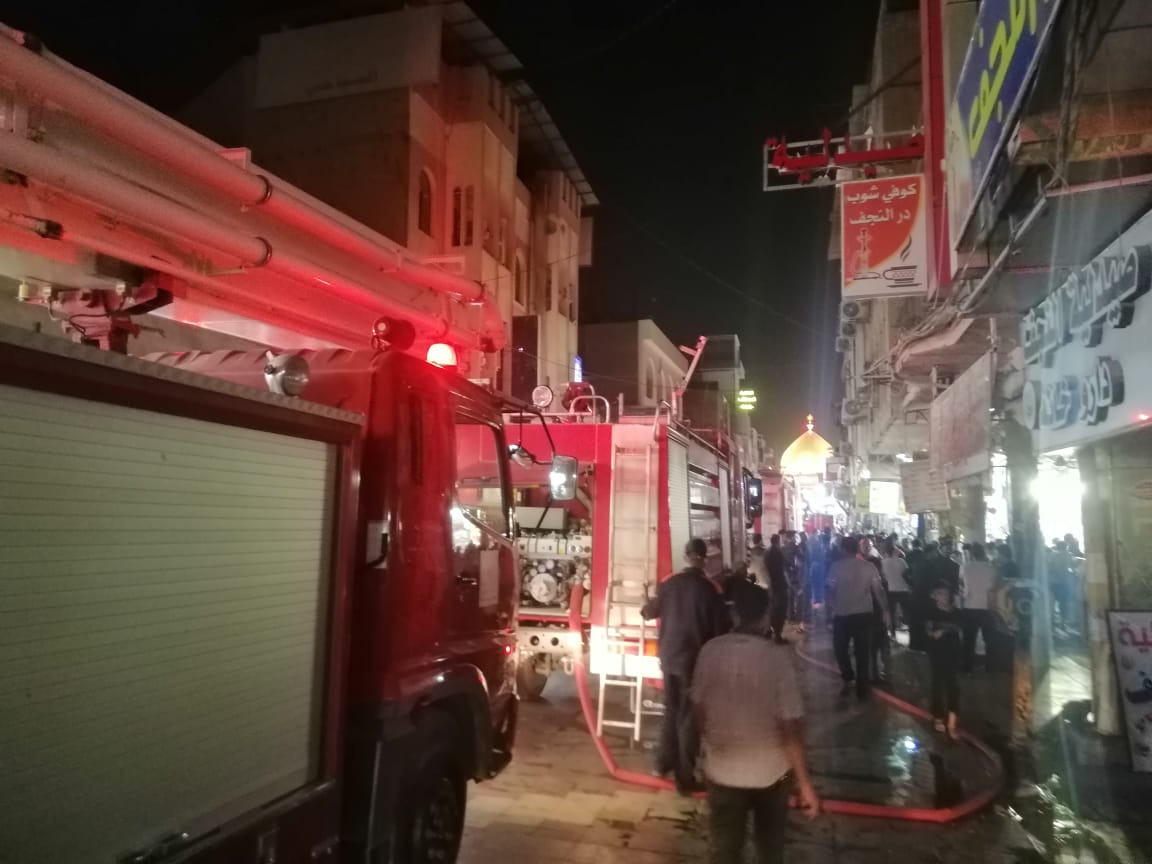 Shafaq News / The Iraqi Civil Defense reported that its teams were able to rescue 43 citizens who were trapped by fire in a hotel in Najaf Governorate, in the south of the country.

In a statement received by Shafaq News Agency, the Civil Defense said that its teams were able to extinguish a fire that broke out in Shafa' Hotel, located in the center of the old city.

The statement indicated that an investigation was opened to know the cause of the fire.

Clashes between demonstrators and security forces renew in Najaf