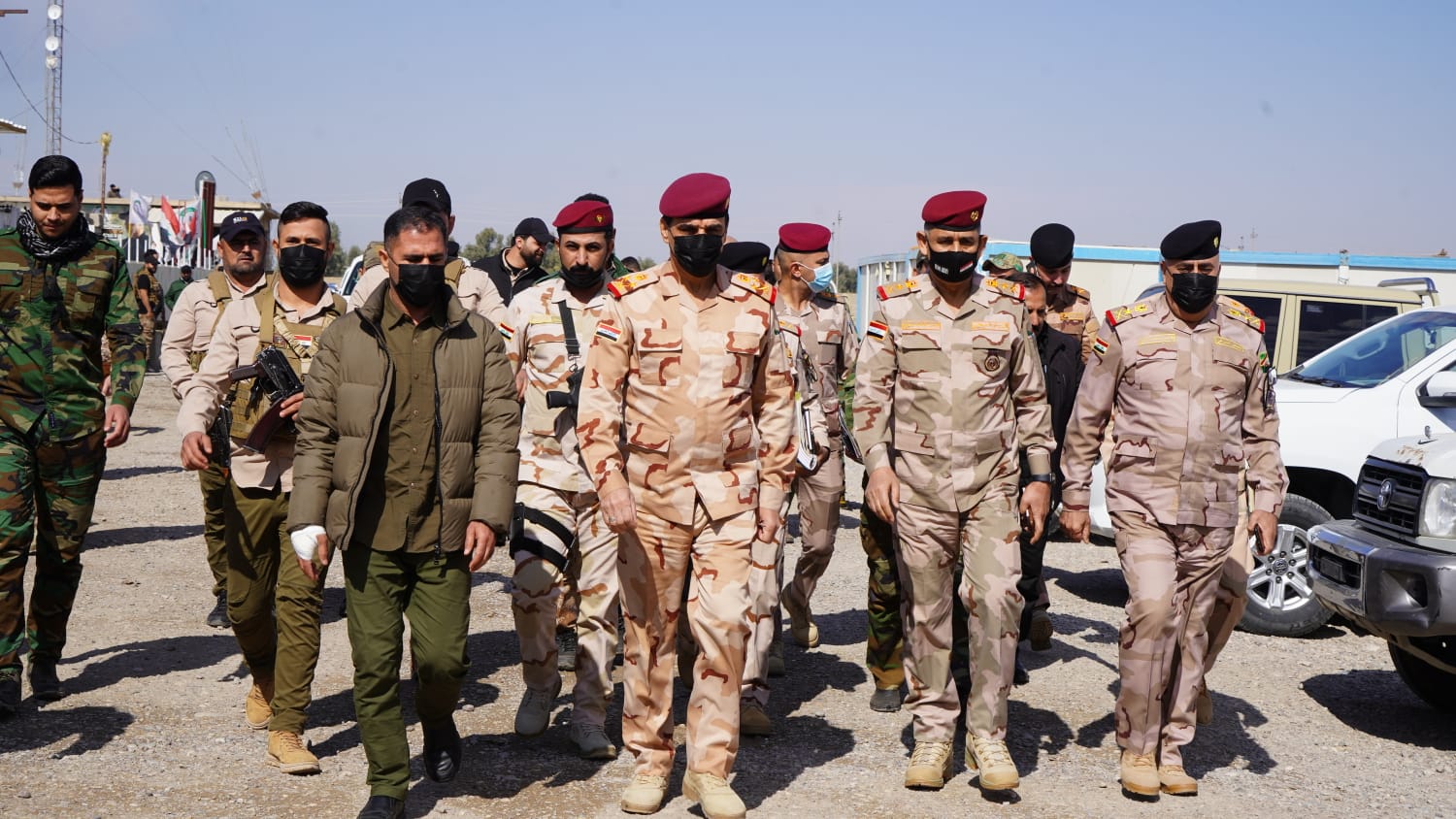 The source told Shafaq News agency that Yarallah, who was accompanied by a high-level security delegation, discussed with the security leaders and al-Hashd al-Shaabi operations command the adopted plans and measures to secure the borders with hotspots, including the Hamrin Bassin, and repel any potential ISIS attacks.