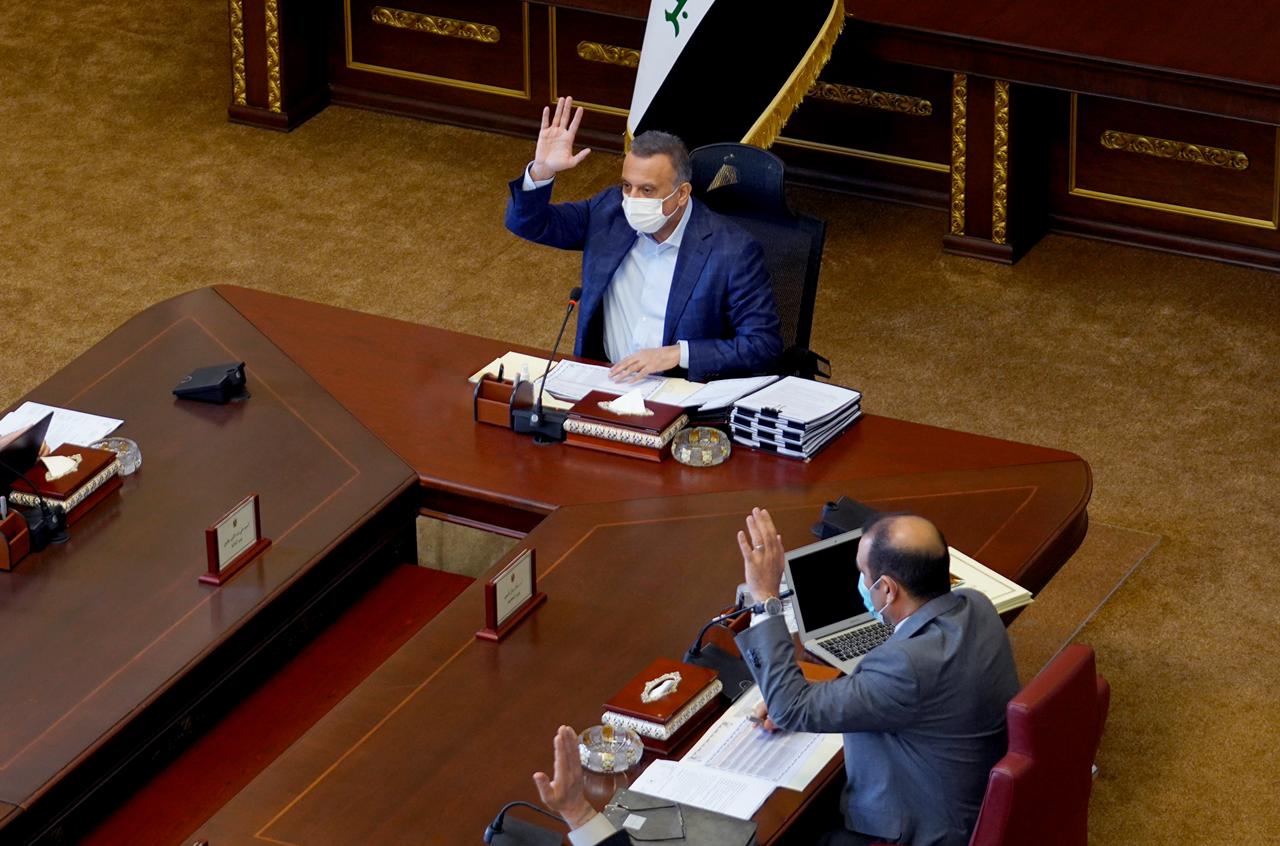 Shafaq News/ The media office of Prime Minister Mustafa Al-Kadhimi announced that several new decisions were taken during a regular session of the Council of Ministers.

The office said in a statement that al-Kadhimi presided over the thirtieth regular session of the Council of Ministers, during which the latest developments in the country were discussed.

Al-Kadhimi said during the session that the names of the beneficiaries who registered on the website will be announced within a month.

He added that the number of forms that fulfill the conditions on the Dari project's website reached 3,463,921.

In the context of the session, the Undersecretary of the Ministry of Health was hosted, who reviewed the epidemiological report on the Corona pandemic, and the developments in the work of the Committee to Strengthen Government Actions in the Fields of Health Awareness Prevention and Control; To limit the spread of the virus, and the efforts of the Ministry of Health to provide medical services to the infected, provide vaccines in the required quantities, and urge citizens to vaccinate through vaccination outlets spread in Baghdad and all governorates.

After discussing the agenda's topics, the Council of Ministers issued several decisions, including the approval of the Ministry of Finance’s allocation of 3,000,000 dinars in entitlements, and allocating 750,000,000 dinars to the Ministry of Culture, to provide the requirements of occupational safety in the National Books and Documents House.

The cabinet also approved the emergency attribution plan to distribute COVID-19 vaccines, and the draft law on the Iraqi National Security Agency, according to the proposals and recommendations checked by the State Council, and referred to the council of Representatives.

The recommendations of the study of the employment and sustainability of heritage buildings prepared by the Ministry of Culture, were also passed.

Also, the Ministry of Foreign Affairs' plan to authorize the Minister of Planning to sign the framework of cooperation for the United Nations for Sustainable Development (UNSDCF) for the years 2020-2024, on behalf of the Iraqi government.