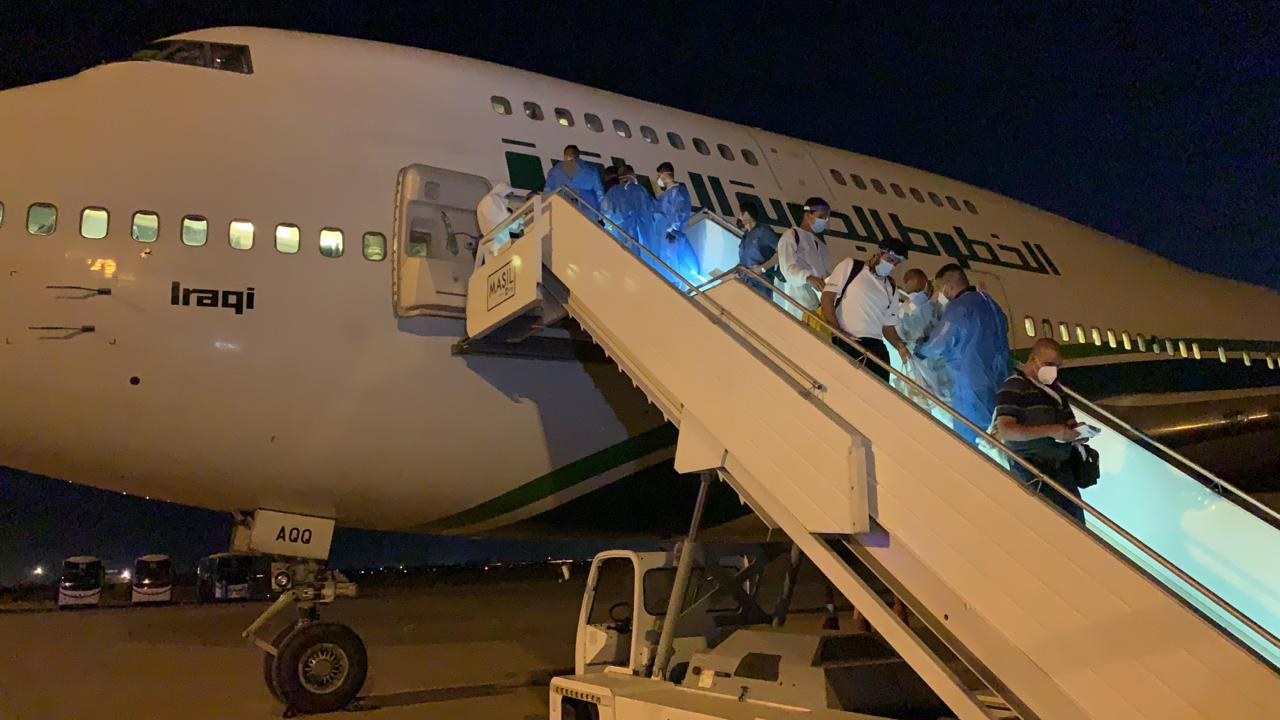 Shafaq News / The Ministry of Transport -General Company for Iraqi Airways announced on Thursday that 410 Iraqis were evacuated from India.

“Iraqis who arrived from India will test for Covid-19 and do a 14-day quarantine.“ The General Manager of Iraqi Airways, Captain Kifah Hassan, who supervised the flight said.

Earlier, Iraqi Airways evacuated about 400 Iraqis stuck in India due to the Covid-19 pandemic.

Iraq’s Ministry of Health and environment said 82 out of 399 Iraqis who arrived from India tested positive for Covid-19 but not of the Indian Variant.