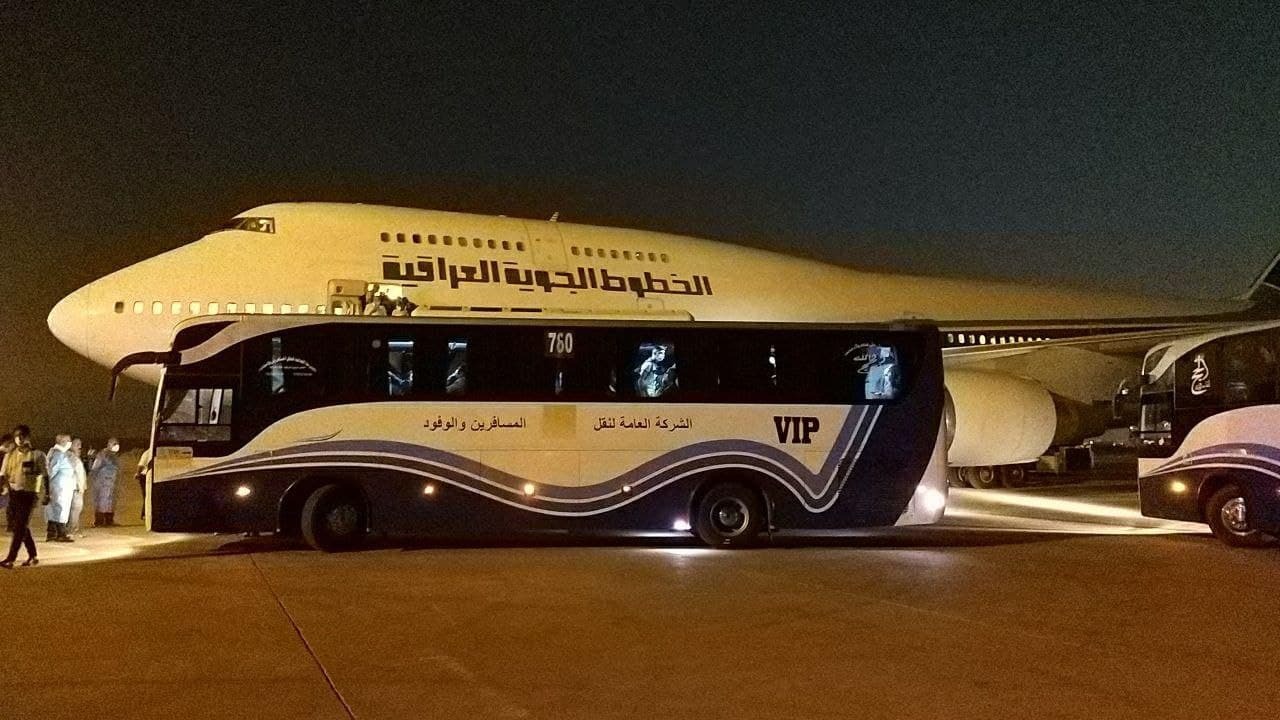 Shafaq News / The Iraqi Ministry of Transport announced on Tuesday that it will evacuate Iraqi citizens from India to quarantine them in Baghdad and Erbil.

The Director-general of the General Company for Transporting Delegations of the Ministry, Karim Kadhim Hussein, said, "the company continues to receive Iraqi community members and transports them in buses from Baghdad International Airport to places designated for quarantine in Baghdad and Erbil."

On May 3, Iraqi Airways evacuated about 400 Iraqis stranded in India due to the suspension of flights between the two countries following the spread of the new COVID-19 variant in India.

The Iraqi Ministry of Health announced that it will oblige the returnees to quarantine a hotel until it is confirmed that they are not carrying the mutated virus.

It is worth noting that the Iraqi ambassador to India, Falah Abdul-Hassan, revealed today that Indian authorities refused to return deceased Iraqis to their country, indicating that they were buried in India.