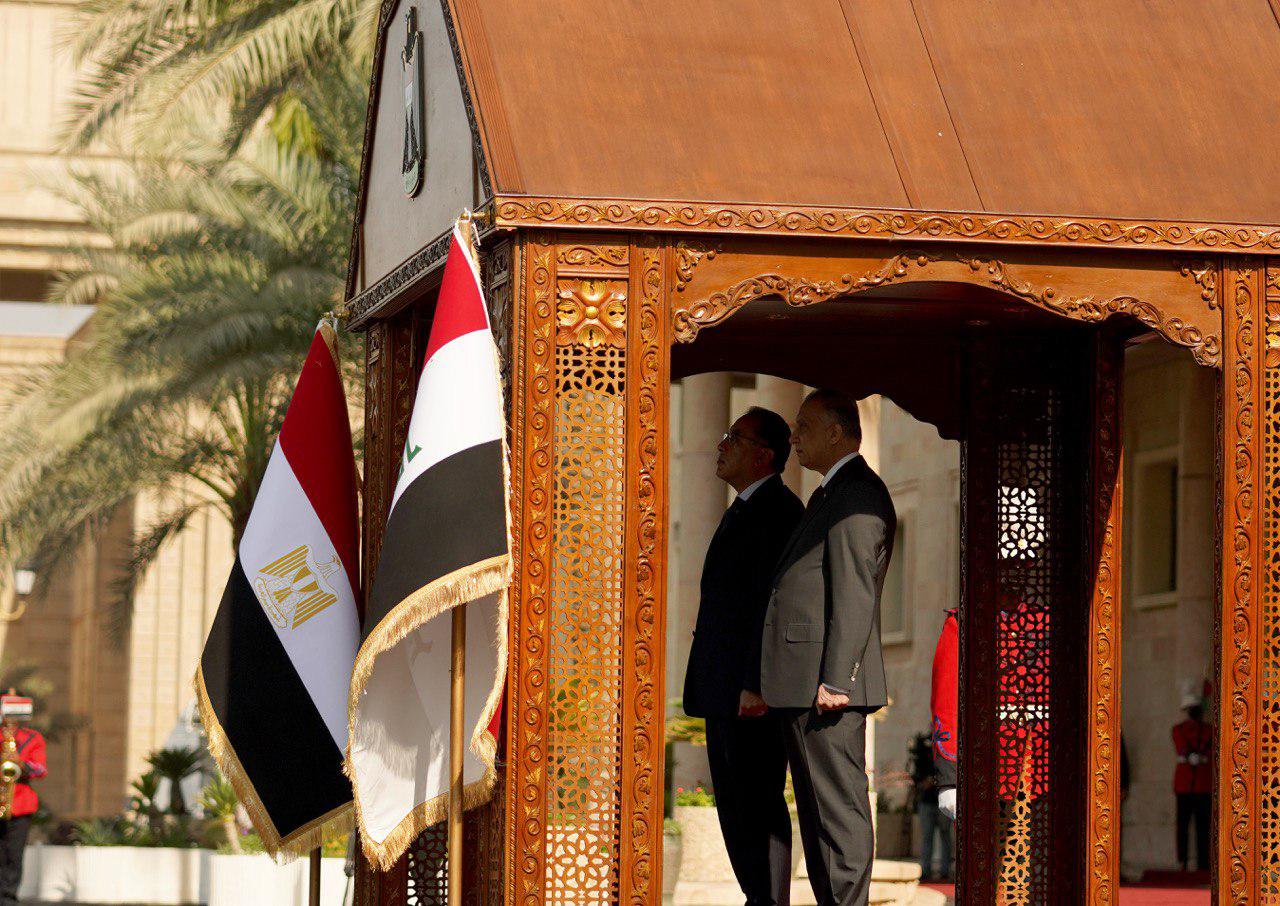 Shafaq News / The Iraqi Prime Minister, Mustafa Al-Kadhimi confirmed, on Saturday his government's commitment to developing its partnership with Egypt in various aspects.

In a statement issued after the Iraqi-Egyptian Economic and Trade Forum, Al-Kadhimi said that his government is keen to revitalize and develop the private sector in Iraq benefiting from the Egyptian experience in the field of financial and economic reform.

He indicated that the current crisis in Iraq due to the Coronavirus pandemic and the drop of oil prices prompted the government to announce the reforms in the “White Paper” and to support the private sector to be effective in the local market.

“The government is committed to developing the Iraqi-Egyptian partnership and to improving the investment environment in Iraq,” calling on the Egyptian side to “facilitate the entry of Iraqi businessmen to establish partnerships with their Egyptian counterparts”.

The Egyptian Prime Minister, Mostafa Madbouly headed a high-ranking delegation, arrived today, Saturday, in the capital, Baghdad, to share the chairmanship of the Egyptian-Iraqi joint committee with the Iraqi PM.

It is noteworthy that this meeting is the third in the history of the two countries, after 1988 and 1989.

Traditionally, the meetings chaired by the prime ministers of the two countries and attended by a number of ministers and senior officials from both sides.