Iraq to cooperate with France in several fields 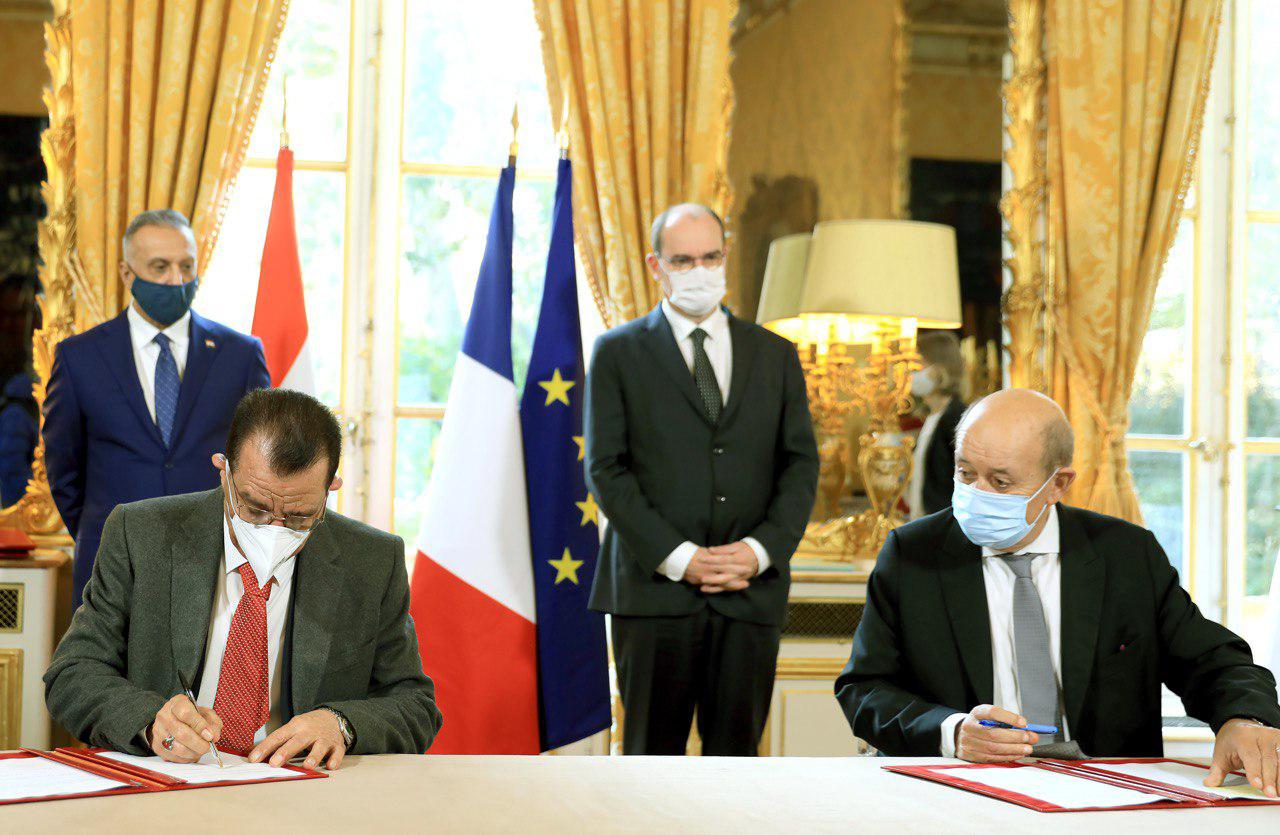 Shafaq News / Iraq signed, on Monday, in the French capital Paris, three Letters of Intent in several fields in the presence of the Iraqi Prime Minister, Mustafa Al-Kadhimi and his French counterpart Jean Castex.

For its part, The Iraqi Minister of Transport Nasser Al-Shibli also signed a letter of content with his French counterpart regarding the construction of a suspension train in the capital, Baghdad

While on behalf of the Iraqi Minister of Higher Education, Secretary General of the Council of Ministers, Hamid Al-Ghazi signed with the French Minister of Education an agreement to cooperate in this field and to accept more Iraqi students in the French universities.

Al-Kadhimi arrived in France on Monday morning and it’s supposed to meet with French President Emmanuel Macron and senior officials for joint cooperation between Baghdad and Paris in various fields.

Iraq signs an Agreement with TOTAL